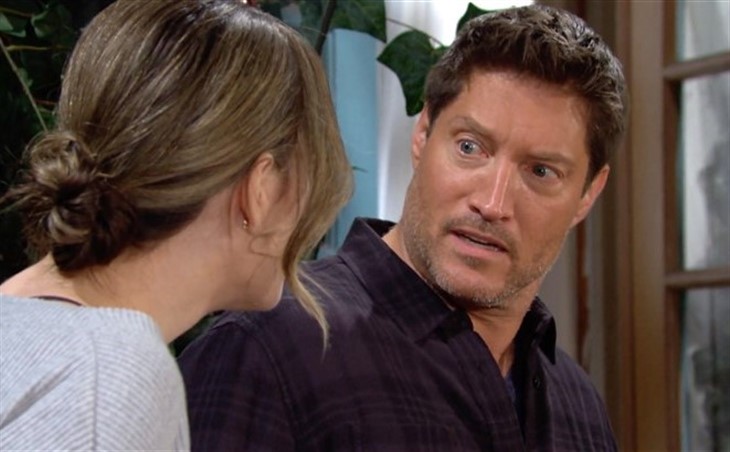 The Bold and the Beautiful spoilers reveal Deacon sharing some good news with Hope as he looks towards the future.

Somehow working at Il Giordino as a busboy and server earned Deacon Sharpe (Sean Kanan) enough money to buy the restaurant and he can’t wait to share the news with Hope Logan Spencer (Annika Noelle) when she stops by to visit her dad.

He is ready to make the restaurant more successful than it already is by coming up with the perfect pizza recipe and Hope couldn’t be more proud that her dad is shying away from his shady past by wanting to become a legitimate businessman.

“I think he has made positive changes in his life,” Sean Kanan said in the January 30, 2023, issue of Soap Opera Digest. “He lives for Hope, and yes, he has had so many doors slammed in his face in his life because of his past behavior. No one is willing to give him a second chance.”

B&B Spoilers – But What About Sheila Carter?

Of course, Sheila Carter (Kimberlin Brown) comes into play in Deacon’s life as she comes into play in everyone’s lives on this show of late. Deacon hid her in his tiny apartment for months and if he is ever found out, he risks losing Hope and his freedom.

The Bold and the Beautiful spoilers show Deacon also managed to fall for Sheila during this time and when Hope informs him of what has been going on with Sheila and Dollar Bill Spencer (Don Diamont), he is absolutely stunned. He thought he and Sheila had a good thing going and she was snowing Bill behind her back. He realizes where she was going all those times she snuck around in her terrible disguise and feels betrayed.

While he cannot give away his feelings when Hope is around, he does have a few things to say to Sheila when she drops by and it’s not a pleasant encounter as Deacon begs him to tell her just what it is she is up to and how she managed to get a man like Bill under her thumb and doing her bidding. Stay tuned to The Bold and the Beautiful weekdays to see how these stories play out.