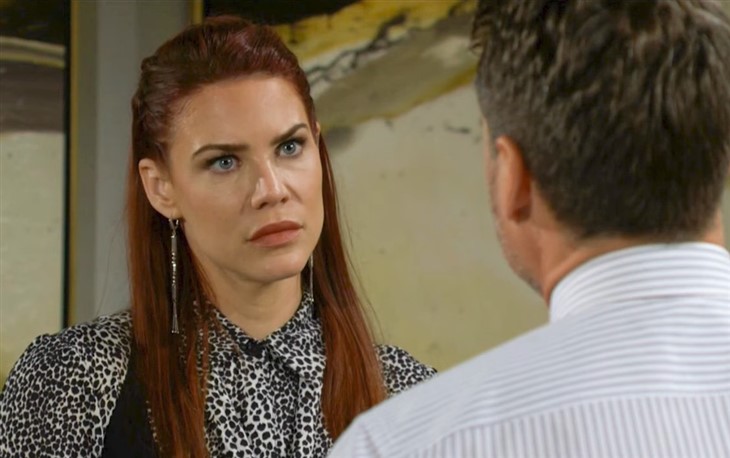 The Young and the Restless spoilers document that Sally Spectra (Courtney Hope) has put herself in prime position. She knows that Adam Newman’s (Mark Grossman) love allowed her to retain the top spot at Newman Media. Sally also has leverage over Nick Newman (Joshua Morrow) due to what Chloe Mitchell (Elizabeth Hendrickson) foolishly divulged.

Then Young and the Restless spoilers show Adam has not been able to admit that he loves Sally, instead choosing to push an unbelievable story about her being bad for him. Nick recognizes that Sally’s knowledge of the fight he had with Ashland Locke (Robert Newman) gives her temporary power.

Meanwhile, Victor Newman (Eric Braeden) resents that another outsider gained a foothold in his family business.

The Young And The Restless Spoilers – Adam Newman And Sally Spectra Reunite?

Timing is everything in business and in soapy romance. While Adam and Sally were inseparable just weeks ago, their falling out hit hard.

Sally is determined to make Adam admit that he loves her. While that probably not produce a reconciliation, based on outside factors Adam is calculating, she would at least gain peace of mind.

A reunion is possible in the future. But for the moment, it feels like Sally will stand with her job rather than that and Adam.

All that has happened in a short period of time pushed Nick over the edge. He is concerned that Victor’s cover-up will impact him and Victoria Newman (Amelia Heinle).

Sally was deemed competent before the Ashland situation exploded. So, Nick has no pressing business concerns where she is concerned.

Nick was also relieved to learn that she and Adam were no longer a couple. It is reasonable that Sally and Nick might pair, since Morrow’s character is single and has a history of mingling with women Adam has also been involved with.

Sally left Los Angeles, California, behind. She was set on making a name for herself in Genoa City, Wisconsin, and has done so in record time.

Now, as head of Newman Media, and knowing that one of its most notorious and eligible bachelors (Adam) does love her, Sally will press on. But why not add intrigue to the mix with another single guy who is also Adam’s brother?

Adam’s plan to help Chance Chancellor (Conner Floyd) prove Victor fixed Ashland’s death scene could mean that Sally backs Nick rather than Grossman’s character. Adam may not expect Sally to betray him. But Nick would love that and then her on Y&R.