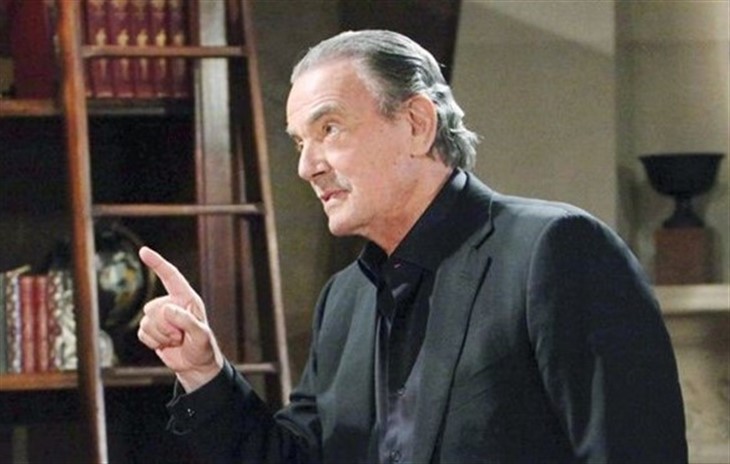 The Young and the Restless (Y&R) spoilers for Monday, August 15, 2022, reveal Victor Newman trying to see what Chance really knows and what he will do.

The Young And The Restless Spoilers – A Newman Game Of Wits

It sometimes feels like Chance Chancellor (Connor Floyd) was somehow not aware that he married into a criminal family where one member or another invariably goes to jail. The two who mainly end up behind bars are Victor Newman (Eric Braeden) and Nikki Newman (Melody Thomas Scott), but Victoria Newman (Amelia Heinle) has been there too.

That is why it’s so perplexing how shocked he is that Victor might have had something to do with Ashland Locke’s (Robert Newman) death. He doesn’t seem to believe Victor is covering for someone, which is exactly what he is doing, so maybe Chance needs some lessons. However, unlike last week when Victor calls Chance’s bluff, Chance is now ready to do the same with his father-in-law.

Even though this is Abby Newman Chancellor’s (Melissa Ordway) father, he is determined to get to the bottom of what happened and neither Chance nor Abby took very kindly to Nikki’s recent interference.

Now that Kevin Fisher (Greg Rikaart) is on the up and up working for the GCPD, he comes across all sorts of things. However, on Monday, what he finds shocks him to his core and his first instinct is to tell Chance, but will he do it?

Did Victor leave a digital trail he wasn’t aware of? Or does this have to do with another case? Right now, the mystery of what happened to Ashland seems to be the only game in town, but there are other nefarious people who are always working. Maybe he finally digs up something on Diane Jenkins (Susan Walters) that he didn’t expect. Nikki would certainly like that and so would Phyllis Summers (Michelle Stafford).

What will Kevin do in the end? He can tell his boss or he can tell his friends, depending on what he finds. Kevin’s life has been working out so well of late after years of always being in trouble. He doesn’t want to find trouble again but somehow, it always seems to find him. Stay tuned to The Young and the Restless weekdays to see how these stories play out.