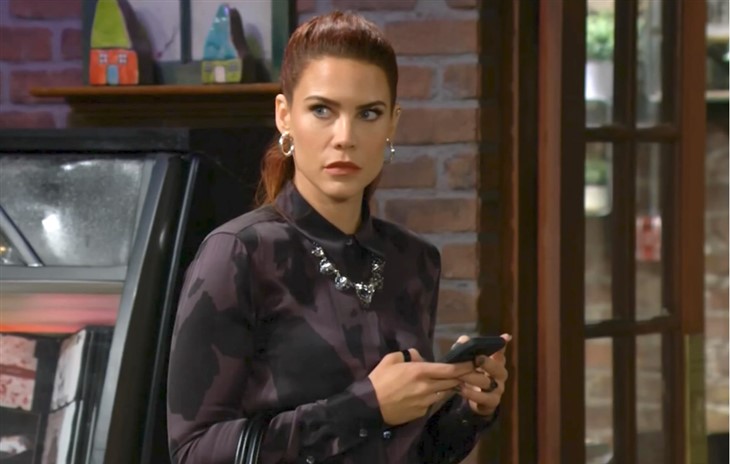 The Young and the Restless (Y&R) spoilers for October 3-7, 2022, reveal Sally wanting answers from Nick and Noah getting quite a big surprise. Plus, there is so much more in store.

The Young And The Restless Spoilers – A Relationship Or Not?

Nick Newman (Joshua Morrow) is shocked when Sally Spectra (Courtney Hope) actually want to define their relationship. He was not expecting this and figured they could just continue enjoying one another’s company and having sex.

When Sally realizes she might want more than Nick does, she reconsiders whether she wants any relationship with him at all. Could she just be trying to find any excuse to get out of this considering that she can’t get Adam Newman (Mark Grossman) out of her mind?

Nick’s son Noah Newman (Rory Gibson) is finally getting his life together. He has a new business running a weird 70s-themed club and even a new girlfriend in Allie Nguyen (Kelsey Wang), Jack Abbott’ (Peter Bergman)s long-lost granddaughter. This week, things will start going south when his ex, Audra Charles (Zuleyka Silver) arrives in town.

Noah thought they were over when they ended things in Europe. He has hinted it was a bad breakup and he doesn’t need this hassle in his life now, but here she is ready to hassle him and Allie.

The Young And The Restless Spoilers – The Skyle Wedding Has Fireworks

Summer Newman Abbott (Allison Lanier) and Kyle Abbott (Michael Mealor) renew their vows in front of all their friends and family but the reception is not without drama when Tucker McCall (Trevor St. John) helicopters his way in and makes his presence known. Diane Jenkins (Susan Walters) already knew he was around and the two have apparently been in touch for years.

How will Devon Hamilton (Bryton James) feel with his bio dad back in town and how will the rest of the town feel with this troublemaker back to cause trouble?

For Nikki Newman (Melody Thomas Scott) and Phyllis Abbott (Michelle Stafford), this may be the ticket they need to expose Diane for who they believe she really is. Will it work or will Jack Abbott grow tired of their scheming? Yes, it looks to be quite a GC week indeed. Stay tuned to The Young and the Restless weekdays to see how these stories play out.