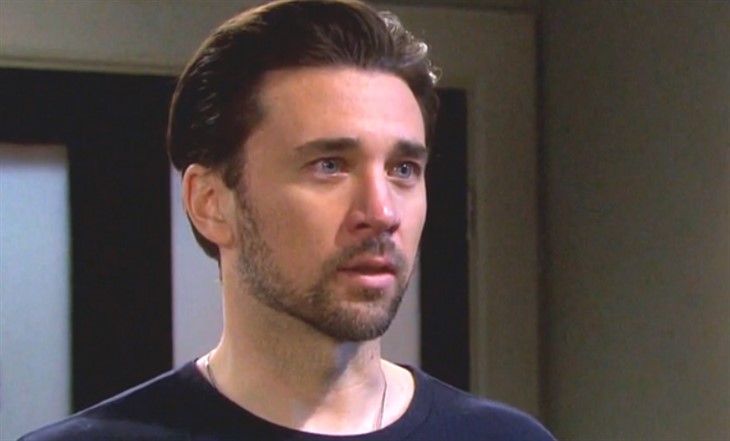 Days of Our Lives spoilers and updates tease Chad DiMera (Billy Flynn) will get behind Stephanie Johnson (Abigail Klein) with his support. Stephanie’s mother, Kayla Johnson (Mary Beth Evans) is in very bad shape and Chad is still reeling from Abigail DiMera’s (Marci Miller) murder and he knows she needs a friend.

Days Of Our Lives Spoilers – He Knows How She Feels

Chad is well acquainted with wondering if a loved one is going to live or not, even though in his case Abigail didn’t even make it through surgery. It was Kayla who tried to save her, and she herself wept when she told Chad she couldn’t and Abigail had died. Now it’s Stephanie wondering if Kayla can be saved or not, suffering from acute poisoning from a serum Orpheus (George DelHoyo) stole from Dr. Wilhelm Rolf’s (Richard Wharton) lab.

If an antidote for the serum is not found, Kayla, Marlena Evans, (Deidre Hall) and Kate Roberts (Lauren Koslow) will all die. Chad totally understands that helpless feeling that Stephanie and her family feels.

A close friendship soon develops between Chad and Stephanie, and they feel a family connection as well in an in-law kind of way. Abigail’s father is Stephanie’s father’s half-brother so that gives them people in common among their family members. When Abigail was alive, Chad would have been Stephanie’s half cousin in-law, so she is related to his children, distantly. They are grateful for each other’s friendship and support, and they start spending some time together as family type friends. Stephanie thinks Chad and Abby’s little ones are adorable and offers to spend time with them as another family support and she’ll even babysit as needed.

Days Of Our Lives Spoilers – They Have Drinks Together

Chad and Stephanie will get even closer when they go out for drinks together later in the week; but maybe a little too much liquor. Chad is still grieving Abby, but Stephanie definitely knows how to distract him from his grief and pain, and she’s having grief and pain herself. Kayla’s death is a definite possibility if the antidote Rex Brady (Kyle Lowder) tries on her doesn’t work, but the liquor inspires a kiss between them.

That doesn’t sit real well with Alex Kiriakis, (Robert Scott Wilson) who happens to spot the kiss, being close by when it happens, and turning positively green. Alex thinks Stephanie is his Mrs. Right even though she doesn’t think he is her Mr. Right, continuing to push the narrative that fate brought them together!