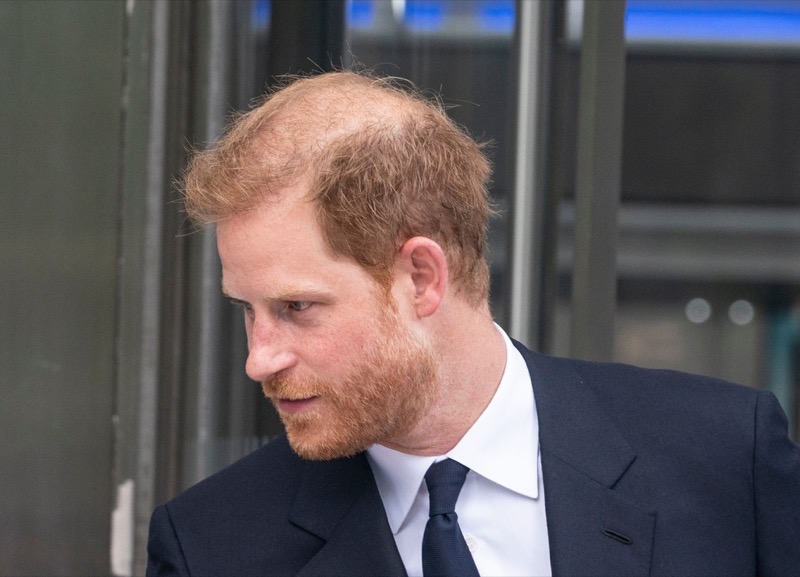 King Charles III has decided that Harry and Meghan’s children, Archie and Lilibet will not be getting HRH titles. According to sources, Prince Charles has accepted to grant them “Prince” and “Princess” titles in the near future.
Harry is said to be “furious” over the offer after having intense talks with his father, King Charles.

Another point of anger for Harry, which seems to have been resolved, is that he will not be wearing a military uniform during the Queen’s funeral service at Westminster Abbey, even though Andrew by “special permission” would be in uniform on that day.

3-year-old Archie and 1-year-old Lilibet are set to receive titles in the near future, possibly after the chaos of the Queen’s funeral service and King Charles’ accession settles.

At the moment, even though the titles of their cousins, Prince George, 9, Princess Charlotte, 7, and Prince Louis, 4, have been updated on the Royal Family’s official website, Archie and Lilibet’s have been left unchanged.

However, tense discussions about the titles have taken place while Harry and Meghan remain in the UK for the Queen’s funeral.

His Majesty has agreed to issue letters patent to confer the prince and princess titles on his young grandchildren.
Even though Harry and Meghan still retain their HRH status, they can no longer officially use it. The couple are also now bemoaning that their children won’t be able to use that style of address as well.

It is reported that they pointed out that Princesses Beatrice and Eugenie enjoy the “HRH” status even though they’re not working royals.

“Harry and Meghan were worried about the security issue and being prince and princess brings them the right to have certain levels of royal security.

“There have been a lot of talks over the past week. They have been insistent that Archie and Lilibet are prince and princess.”

The source continued: “They have been relentless since the Queen died. But they have been left furious that Archie and Lilibet cannot take the title HRH.”