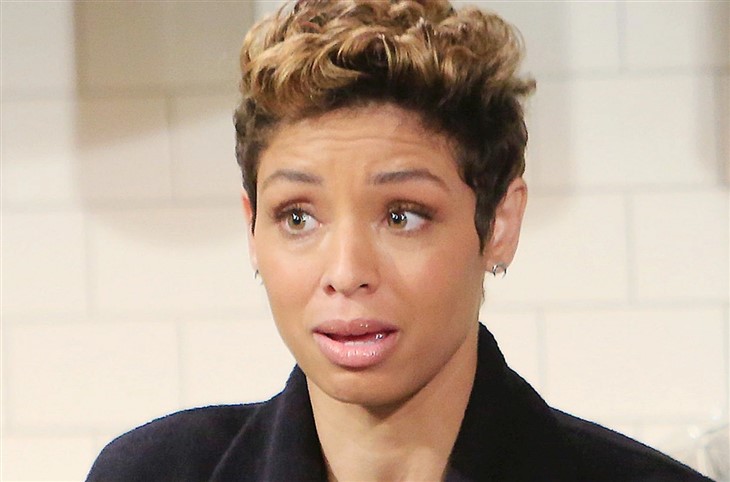 The Young and The Restless spoilers and updates tease a jealous Elena Dawson (Brytni Sarpy) might tear into Victoria Newman (Amelia Heinle) and warn her, hands off her man! Nate Hastings (Sean Dominic) has been putting in a lot of late nights at Newman Media, but one was in Victoria’s office having cocktails, bailing on a dinner with Elena.

The Young And The Restless Spoilers: Too Many Late Nights

Elena and Nate have been on shaky ground the way it is, with her nearly having relocated to take a job out of town permanently after the Chancellor-Winters fiasco. Elena didn’t like that Nate was working against his own family giving Victoria insider information prior to their failed initial public offering, but she did decide to give him another chance. But if Nate doesn’t start putting relationships ahead of business and continues all these late nights working, Elena will feel resentful and suspicious.

She has already been upset at his choosing to leave the world of medicine to try his hand in the world of big business, which she deems selfish and cutthroat. She could easily feel like his job is becoming his mistress, or perhaps even his boss Victoria.

The Young and the Restless spoilers show doesn’t seem to care if she’s monopolizing Nate’s time or his life, but then he is an old family friend of many years. He was once Victor Newman’s (Eric Braeden) personal physician, and the Newman family frequently called upon him when someone was ill. Several years back he had found an experimental cure for a disease Victor had developed that could have killed him, so the Newmans are definitely in his debt for that.

But then Nate was single and uninvolved, and basically medicine was his whole life; it was under those circumstances Elena met him and they became involved. But now that he’s spending all that time in a business setting, likely not as much as when he was a doctor on call, Elena opines it’s a different situation.

The Young And The Restless Spoilers – Once A Cheater, Always A Cheater?

Elena became involved with Nate when she was with Devon Hamilton, (Bryton James) and she cheated with Nate on Devon. Since she herself seems to be a cheater, and maybe always a cheater if she gets mad enough, she’ll suspect the same of Nate. Her cheating with Nate is what started the whole feud between him and Devon, so her being angry at him turning against his family was strange.

But it’s very true that people judge other people by what they do and are, so she’ll likely accuse Nate of an affair with Victoria. She might even confront Victoria and tell her to keep her hands off her man!