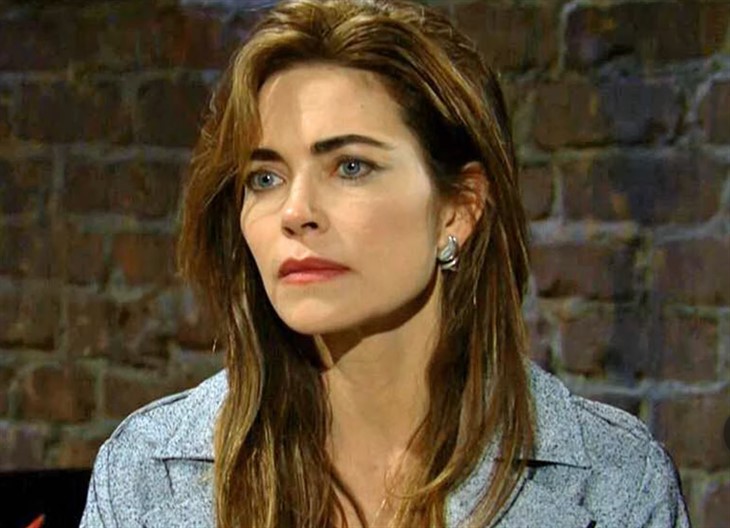 The Young and the Restless (Y&R) spoilers for Thursday, June 30, 2022, reveal Victoria nearly getting caught — but doing what?

The Young And The Restless Spoilers – A Newman Mystery?

Victoria Newman Locke (Amelia Heinle) seems to be the picture of bliss of late. She is in New York with Ashland Locke (Robert Newman), who she claims is the love of her life despite the many, many, many lies he has told. She even shut out her family and decided she will start her own media company with her money and Ashland’s money, but as soon as Ashland is out of the room she gets on her laptop and gets down to her real business.

And The Great Victor Newman (Eric Braeden) may have something to do with her real business, as spoilers reveal that Victor gets Victoria in a bad situation. Does Ashland walk back into the room at the exact wrong time. Are Victor and Victoria really working together? Stranger things have happened.

It seems inconceivable that Victoria could be that dumb as this point after Ashland lied to her about having cancer, so she has to be conspiring to take him down, right? She looks like she is definitely getting his Newman money.

Y&R Spoilers – Back With The GC Newmans

While Victoria is doing her own thing with Ashland in New York, other Newmans seem to be having their own troubles. Too bad Nick Newman (Joshua Morrow) didn’t leave town to take some time to refresh his life.

If he wasn’t in GC, he might not have some of the stress his family put son him. Now, his loyalty will be tested in ways he never expected. Is he the one who seems to be conspiring with his sister? If so, will he tell Victor the truth? There is definitely something fishy going on here and Nick looks to be conflicted.

Nikki Newman (Melody Thomas Scott) is not exactly the best businesswoman, but she keeps getting put in charge of things anyway and does the best she can. However, for the situation she is currently in, she is happy to turn to Victor for assistance. What could her trouble be this time? Did she somehow make a mess of whatever business responsibilities she was left with? Stay tuned to The Young and the Restless weekdays to see how these stories play out.