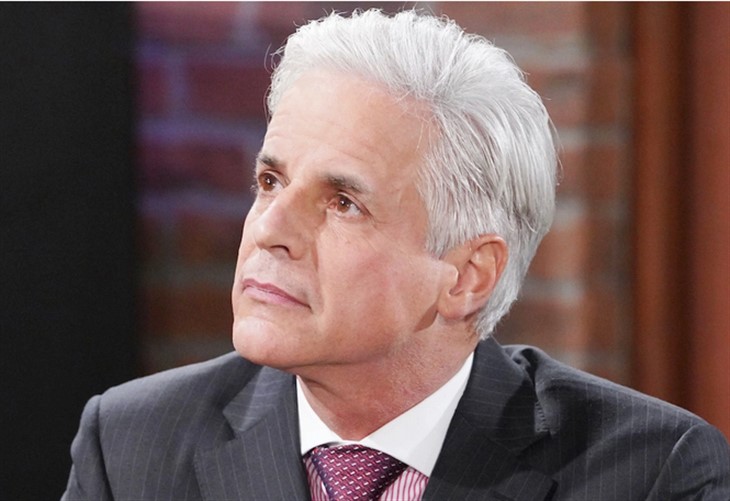 The doctor who gave the tantalizing information for a hefty sum, approved by Victor, could have very well been a plant by Ashland and could have also made Michael disappear after the video was recorded and sent! There very definitely seems to be a cause and effect situation that took place after Michael recorded the information from this doctor and now Victor must mount a search for Michael and begin his takedown of the Locke Ness Monster!

Viewers of The Young and The Restless will see once it’s apparent that something has happened to Michael down in Peru, Lauren Fenmore Baldwin (Tracey E. Bregman) will panic, and Kevin Fisher (Greg Rikaart) will join in the search for Michael. However, the searches will only turn up dead ends and Victor will secretly wonder if Michael is dead or alive; he won’t voice his fears to anyone because he won’t want to cause unnecessary panic or worry!

Viewers of The Young and The Restless know that Victor will have his other people on it too, to find Michael if he can be found and return him safely from Peru. Nikki Newman (Melody Thomas Scott) had questioned this former doctor and if he was a disgruntled employee trying to make a quick buck, but when she also hears Michael has disappeared she’ll be as worried as everyone else!

Viewers of The Young and The Restless will see Victor having more investigation done on the doctor to see if he is legit, and Kevin may do some of that deep dive on the internet. Viewers of The Young and The Restless know that if Michael remains off the radar much longer, the authorities in Peru will need to be contacted as well as a formal missing persons investigation in Genoa City will have to be begun!

These are very suspicious circumstances under which Michael disappeared in Peru, and Victor may even contact Christine Williams (Lauralee Bell) to get involved with her contacts from that area – if Chief Paul Williams (Doug Davidson) hasn’t done that already! Victor fears that Ashland’s contacts in Peru have kidnapped or killed Michael, and that the doctor may have lured him into a trap set by the Locke Ness Monster! This could become an international incident with Ashland Locke front and center as the suspect in a kidnapping at the very least!