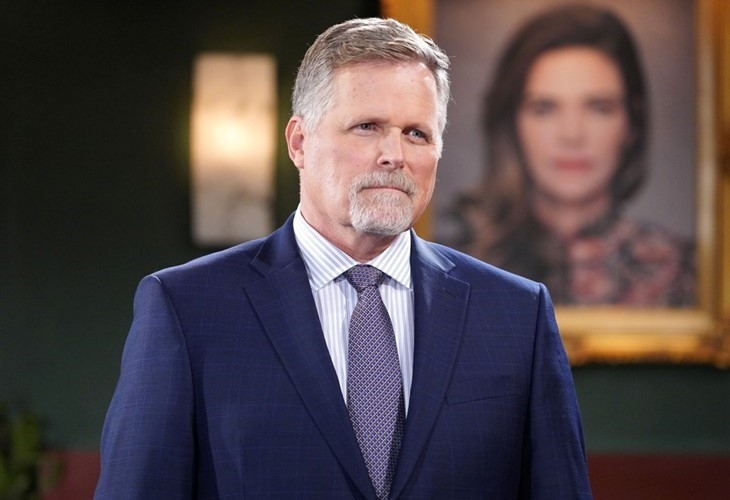 The Young and the Restless spoilers for Friday, March 4, 2022, reveal Victor Newman thinking he has Ashland Locke under his thumb, but it may backfire on him big time.

The Young And The Restless Spoilers – Will Ashland Locke Bow To Victor Newman?

The Great Victor Newman (Eric Braeden) gave Ashland Locke his marching orders and Ashland (Robert Newman) seemed to take them when he faked being ill. That gave Victor the time to tell Nikki Newman (Melody Thomas Scott) what’s been going on. But will Ashland really do everything Victor told him to do? Faking one attack is simple. He has done it so many times before, plus he makes Victor believe he is doing what Victor wants. In this game of chess, there seem to be no winners as they continue to outmaneuver one another.

And it looks like Victor doesn’t know another one of Ashland’s secrets. And this is a new secret. Victor is about to get some bad news on Monday and one longtime Genoa City citizen is going to be very, very angry at silly Victor.

Nick Newman (Joshua Morrow) is brooding again and Sharon Collins Rosales (Sharon Case) needs to know why. So, he tells her all about Victoria Newman Locke and what Victor wants from him. He wants Nick to help out in bringing Ashland down, but Nick is not so sure after everything that happened.

Well, Sharon is sure. As usual, she wants Nick to stay away. Do not get too deeply involved with Newman family drama because it never ends well. Sharon has been dealing with this for too many decades to think things will turn out ok.

Phyllis Summers (Michelle Stafford) has nothing to do of late other than be there for Jack Abbott (Peter Bergman). They know his son, Keemo, is dead, but they still do not know who is sending them those messages. So, why not find out? That’s right. Phyllis and Jack are off to California? Will anything happen between them? And more importantly, will they get to the truth about Keemo? Stay tuned to The Young and the Restless weekdays to see how these stories play out.

Days Of Our Lives (DOOL) Spoilers: Sarah’s Back In Salem, Mass Confusion Ensue