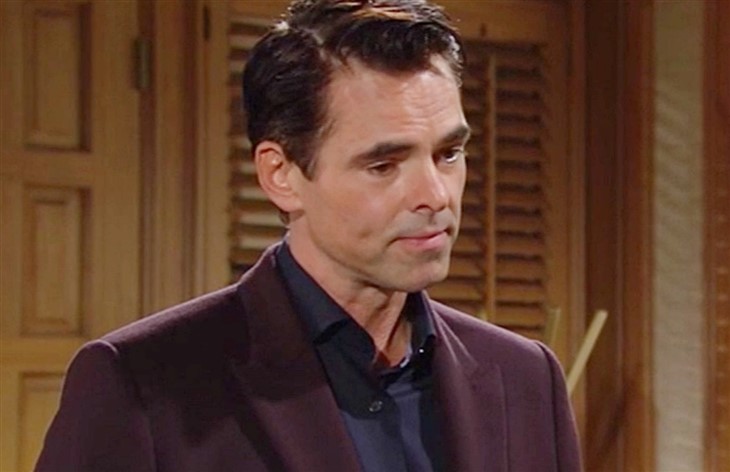 The Young and the Restless spoilers document Devon Hamilton (Bryton James) has matured greatly through the years, as he readily admits. Billy Abbott (Jason Thompson) has not, full stop.

The contrast between Billy attempting to record his first podcast episode and Devon telling his sister that her idea of merging Chancellor Industries with the Hamilton-Winters Group is something that deserves serious consideration was glaring. Billy is pursuing yet another self-involved vanity project while Devon is thinking about the long-term well-being of his family.

Thompson is a great actor who delivers consistent performances. Kudos to the script he was given and in appreciation of his delivery in making the solo podcast effort a bit cheesy.

Billy goes on various larks, which is enabled by having a mother who prevents him from remaining in whatever ditch he has fallen into multiple times per year. In addition to Jill Abbott Atkinson’s (Jess Walton) maternal impulses are Lily Winters’ (Christel Khalil) protective instincts.

It is fair to guess that Billy would be unemployable, in any good job, and spinning out of control if his mother and significant other had not saved him earlier this year. But they did, and so he was allowed to skate from being a failed co-head of Chance Comm. into being CI’s Chief Operating Officer.

The late Neil Winters (played by the late, great Kristoff St. John) was all about family. He established the Hamilton-Winters Group as a legacy project, with Neil’s efforts being thoughtfully handled by Devon.

Lily was surprised that her brother was not as excited as she was about the merger proposal, especially because Jill endorsed it wholeheartedly. But Devon’s feelings represent a measured response.

The idea of teaming up with Lily, on the surface, is great. But she has yet to prove herself as the leader of CI, only being in the position for a matter of weeks. As importantly, CI and HWG may or may not fit together.

The Young and the Restless Spoilers – Vision Of the Future Happens

Lily’s enthusiasm, when reconsidered, is more about family feelings than business. That does not mean her vision is wrong. But Devon’s experience must be applied.

Neil wanted his children to work together at HWG. That did not flow smoothly, as devoted viewers may recall.

Neil and Hilary Hamilton (Mishael Morgan) are gone. Jill and Amanda Sinclair (Morgan) serve as today’s forces that seem likely to bring this plan to eventual fruition on Y&R.