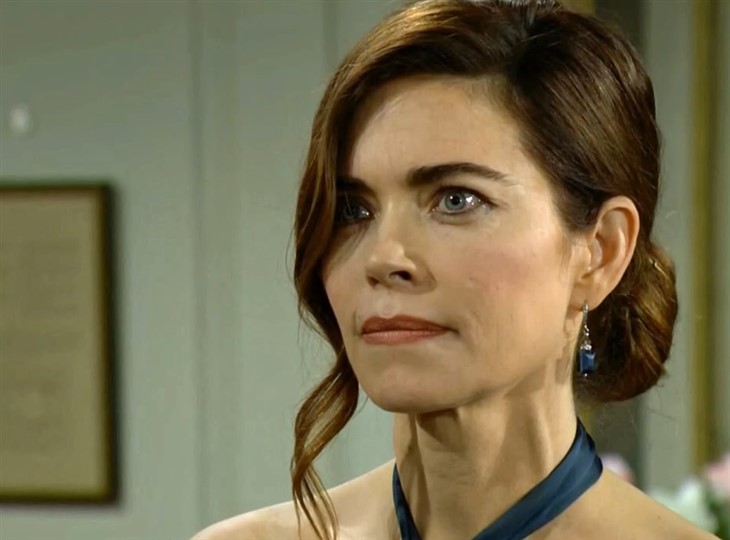 The Young and the Restless (Y&R) weekly spoilers for July 5, 2022, reveal Victoria acting smug and evasive as usual, but with a good reason this time.

The Young and the Restless Spoilers – Victoria Newman’s Mystery

Now that Victoria Newman Locke (Amelia Heinle) has completely screwed over Ashland Locke (or so she believes — maybe she did, maybe she didn’t), she returns to Genoa City looking like the cat who ate the canary, and two men want to know what the heck is going on. Those two men are her younger brother, Nick Newman (Joshua Morrow), and her ex-husband, Billy Abbott (Jason Thompson).

They can see the look on Victoria’s face and they both know she is hiding something, but she is not about to tell them what it is. After all, she did a good thing and a bad thing at the same time and it looks like someone else is about to get hurt because of her actions — her other brother, Adam Newman (Mark Grossman). This would also hurt Sally Spectra (Courtney Hope).

Adam now has that CEO perch he has always wanted, but it’s a sure bet Victoria is going to demand it back now that she’s accomplished what she wanted to accomplish with Ashland. This may mean war and which side will Nick end up on?

Meanwhile, Ashland Locke (Robert Newman) realizes what’s happened to him and he starts to cover his own tracks, but why? Was he two steps ahead of Victoria? Might she want to wash that smug look off her face sooner rather than later?

We’re not sure what appended to Lily Winters (Christel Khalil) as a model or Lily Winters as the woman who teaches skills to female ex-cons just released from prison, but she really seems to love this life in the corporate world that Jill Abbott (Jess Walton) handed her on a silver platter. From Chancellor Industries, to Chancellor-Winters. Now, she has her eyes set on more.

What company will she want to take over now and will this be a hostile takeover or one that involves friends. After all, there are so many big, rich corporations in this small Wisconsin town. Maybe they offer great tax breaks like in Delaware. Stay tuned to The Young and the Restless weekdays to see how these stories play out.