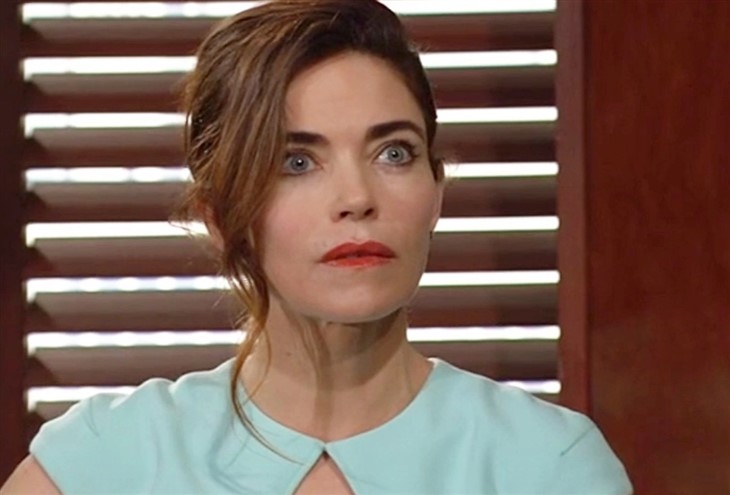 The Young and the Restless spoilers for Thursday, August 18, 2022, reveal Chelsea going for what she wants and it could get ugly.

Although Chelsea Lawson (Melissa Claire Egan) briefly brought up the topic of Johnny Abbott before, she dropped it quickly but it doesn’t look like it’s going to happen this time. She broached the subject of Johnny knowing she is his biological mother with Billy Abbott (Jason Thompson) and now she goes straight to ice queen Victoria Newman (Amelia Heinle) herself.

Needless to say, Victoria doesn’t even want to discuss this and shuts Chelsea down as fast as she can. She and her children have enough going on in their lives right now after Ashland Locke’s (Robert Newman) death. She doesn’t need Chelsea disrupting things. Chelsea agrees to table the subject for the moment, but she is not the most patient of people so don’t expect her to give up so fast.

Y&R Spoilers – Lily Winters Had Had It With Chelsea Newman

Lily Winters (Christel Khalil) also has enough problems in her own life without having to deal with Chelsea, but she also has no choice. While the drama at Chancellor-Winters is getting to her, she also senses some problems at home.

She asks Billy just how close he and Chelsea are getting and he does not quite know what to say. Lily is not going to put up with no answers much longer as she does not like what she is seeing at all.

The Young And The Restless Spoilers – What Is Chance Chancellor Up To?

Now. she is about to find Chance in a compromising position and it likely has nothing to do with an affair and everything to do with his investigation about what her father, The Great Victor Newman (Eric Braeden), really did to Ashland Locke. Will Abby be miffed or join her husband’s quest for the truth? Stay tuned to The Young and the Restless weekdays to see how these stories play out.