Y&R Spoilers: Victoria And Ashland Aren’t Over Yet 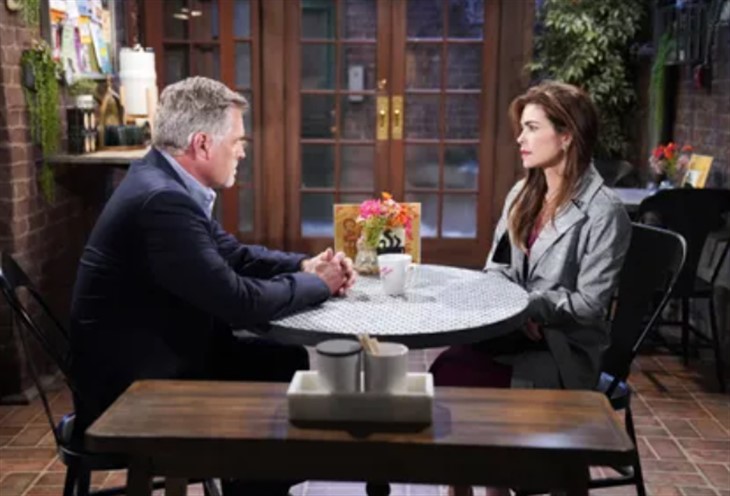 The Young and the Restless spoilers document Victoria Newman Locke’s (Amelia Heinle) decision was harsh. She decided to lie to her husband’s face to get him out of her life and the merged Newman-Locke.

Ashland Locke (Robert Newman) offered not one but two unexpected reveals. He admitted to lying about cancer and falling in love with Victoria as his scheme played out on Y&R.

Victoria told her mother that she has love for Ashland in her heart and does not know where to go with the feelings she has. As viewers see, Victoria is driving distracted and crashes her car.

Victor Newman (Eric Braeden) had it right. Rather than use grit and smarts to accomplish a business achievement, Ashland decided to fake having cancer and made Victoria his mark.

Nikki Newman (Melody Thomas Scott) tagged him correctly. She told Victoria that Ashland is a sociopath. He had no qualms with falsely evoking sympathy to further his plan to merge the Locke Communications Group with Newman Enterprises.

Then, when he was caught, Ashland thought Victoria would agree to forgive him, take a half-billion dollars from her father and start anew with the man who manipulated her. That also proved he was out of his mind.

Victoria was not thinking straight when she crashed her car. Her mind was clouded by what Ashland put her through since first targeting her last year.

Writing this part of Ashland’s story line to a conclusion can be questioned. Having the character Newman now plays claim that he fell for Victoria leaves some questions unanswered.

When did the Lockeness Monster begin to feel whatever love represents in his so-called heart?

Devoted fans recall that he asked her out to dinner, but Victoria shrugged him off because he was married to Tara Locke (Elizabeth Leiner). If Ashland started to fall in love with Victoria, is it reasonable to believe he would opt for a con?

The above would not jibe with Ashland’s healthy ego. A confident business maverick would pursue his goal directly, as Victor said.

The Young And The Restless Spoilers – Has This Pairing Reached The End?

Will Victoria’s car crash change how she feels about Ashland? That dramatic event could reinforce her stance against him or create an opening for him to establish trust.

It would be a shame to see this pairing split, as the characters had chemistry. Plus, Newman’s run on the show could be shortened if Ashland is out of Victoria’s life and Newman-Locke, as the digital contract he signed enabled.