The Young And The Restless Spoilers: Jeremy Locates Diane, Does He Have Revenge In Mind? 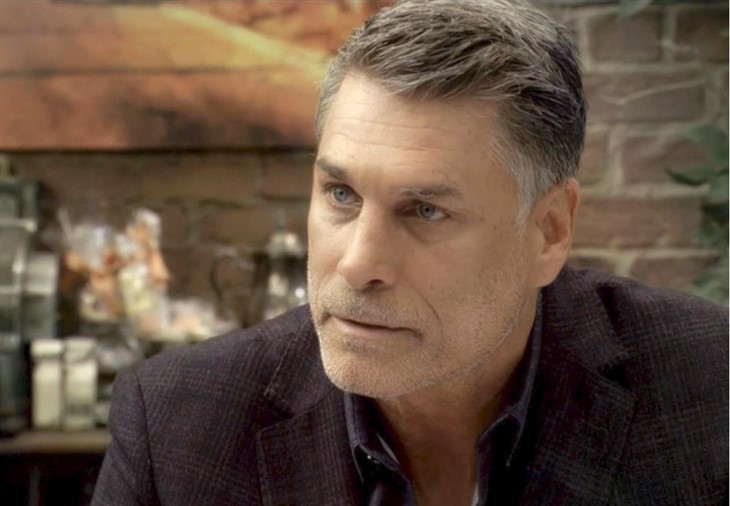 The Young and the Restless (Y&R) spoilers tease that Diane Jenkins (Susan Walters) will be alone when Jeremy Stark (James Hyde) shows up on the Abbott mansion doorstep. Diane has been saying they have unfinished business for several weeks, so she should be too surprised to see him again.

When Diane tells Jack Abbott (Peter Bergman) and Kyle Abbott (Michael Mealor) that Tucker McCall (Trevor St. John) would be a problem because she refused to help him take over Jabot. To her surprise, the Abbott men vowed to help keep her safe from Tucker’s reach.

Little did Diane know, the biggest threat was on his way to Genoa City. Jeremy has a score to settle with Diane, and he’s not leaving until she pays up.

“Diane promises the ‘Trifecta’ are playing with fire. She knows that these women have no idea of the consequences of revealing her whereabouts to Jeremy,” showrunner Josh Griffith reveals to Soap Opera Digest.

Diane is alone in the house when Jeremy shows up on her doorstep. He found out where she was living and decided to pay her a visit. Diane’s story to Jack was that she rolled on Jeremy to put him in prison, allowing her to break free from his crime spree. But can Jack and Kyle trust Diane’s account?

At any rate, Jeremy is out of the slammer, and he visits Diane. He wants answers as to why she turned on him and could issue a series of threats. If Diane participated in any of his crimes, he may threaten to expose her, which could end her happy times living with the Abbott family.

‘Jeremy is hellbent on settling unfinished business with Diane, which puts the entire Abbott family in danger,” Griffith warns.

It sounds like Jeremy will make trouble for Diane. It could put Kyle and Jack in danger, as they vowed to protect her from outside threats.

Y&R fans, do you think Diane is telling the truth about Jeremy using her as a money mule? Will Jeremy hurt the Abbott family?