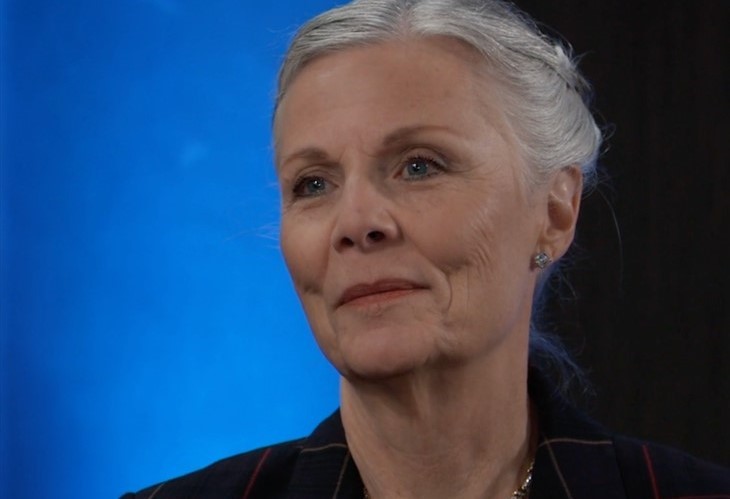 General Hospital (GH) spoilers tease that the fallout from Luke Spencer’s (Anthony Geary) death isn’t over. As viewers know, Luke was apparently killed in a cable car accident in Austria. His remains were apparently identified and Tracy Quartermaine (Jane Elliot) scattered Luke’s ashes. But Tracy also had a relic from times long past that she wanted to give to Laura Collins (Genie Francis). And that would be the Ice Princess!

Many years ago, the Cassadine family, including Victor Cassadine (Charles Shaughnessy) tried to use to Ice Princess to blackmail the world’s governments into paying them large sums of money or else they would freeze the world. The Ice Princess wasn’t just a diamond, it also had the ability to generate large amounts of freezing air. The Cassadine’s planned to freeze Port Charles as a test of the diamond’s power. Luke and Laura, with the help of friends like Robert Scorpio (Tristan Rogers) thwarted the Cassadine’s evil plans. Luke himself kept the Ice Princess as a keepsake. But now that he’s gone, the future of the powerful diamond may in question.

When Tracy tried to give the diamond to Laura, she refused. Laura knew that nothing good ever came from the Ice Princess, and she advised Tracy to throw it in the sea along with Luke’s ashes. Tracy couldn’t bring herself to do that. But someone was listening very intently to the conversation between Laura and Tracy. Spencer Cassadine (Nicholas Chavez) seemed to be almost entranced when he heard the Ice Princess was mere feet away. He indicated that he just wanted to hold it, but Laura nixed that idea.

General Hospital Spoilers – Tracy Quartermaine Will Report That The Ice Princess Is Gone!

It won’t come as a surprise to anyone when Tracy reports to Laura that the Ice Princess has vanished. While Laura may well suspect Spencer of stealing the diamond, he will claim innocence. It seems far more likely that Victor will somehow get his hands on the diamond he once used to threated the world. Port Charles may just be in store for another Ice Age if Victor truly has the powerful diamond in his possession.

Is someone about to use the Ice Princess once again? Did Spencer steal the diamond from Tracy? Or did Victor someone get it from her? Anything can happen in Port Charles so stay tuned to General Hospital airing weekdays on ABC. And don’t forget to check back right here regularly for all your General Hospital news, information and spoilers!