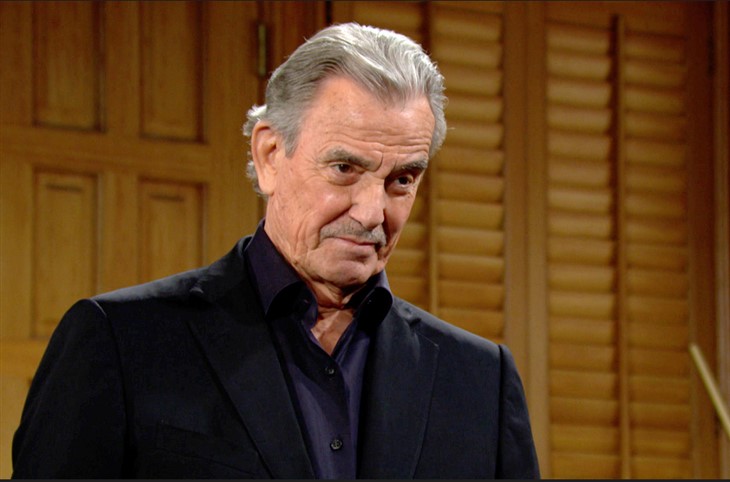 The Young and the Restless (Y&R) spoilers tease that Victor Newman (Eric Braeden) will poke his nose into Abby Newman’s (Melissa Ordway) marriage and demand answers from Chance Chancellor (Connor Floyd) as to why celebrated Thanksgiving apart.

Victor noticed Abby seemed upset and assumed that Chance was at fault. Little does he know Abby cheated with Devon Hamilton (Bryton James), so Chance left her.

When Abby saw Victor at Society, he asked her about Chance. Y&R spoilers reveal that Abby said they aren’t celebrating the holiday together, suggesting they were splitting up. Of course, that bombshell stunned Victor as he couldn’t imagine what his precious daughter could have done to warrant such behavior.

Young and the Restless spoilers for the week of November 28 state that Victor will visit Chance and ask him about his marriage. He will urge him to make it right because he doesn’t like seeing his children suffer.

It’s unlikely that Chance would explain the reason for the breakup to Victor. He wouldn’t want Victor to know his personal business nor put Abby on blast for cheating with Devon. Even if he did tell Victor the truth, Victor would find a reason to explain Abby’s infidelity.

We can count on Victor demanding Chance make amends with Abby. He will suggest that they can work past any disagreement, probably citing some of his own marriage issues in the past.

Chance doesn’t seem willing to work on his marriage, fully ready to discard Abby after learning about her tryst with Devon. Victor’s words could sway him temporarily, but it’s doubtful it will fix any of their issues.

Victor expects Chance to make amends with his daughter and resume their marriage. But Chance might have other ideas. It’s possible he might tell Victor he plans to reconcile with Abby. However, he might say that to appease Victor for the time being.

Y&R spoilers state that Victor will sense something bigger is happening with Chance and Abby. He could investigate what happened between them. It wouldn’t take much to discover that his daughter cheated with Devon and then refused to break off her friendship to save her marriage.

Y&R fans, do you think Chance will tell Victor what led to Abby’s split? Keep watching Young and the Restless to see how it all plays out.