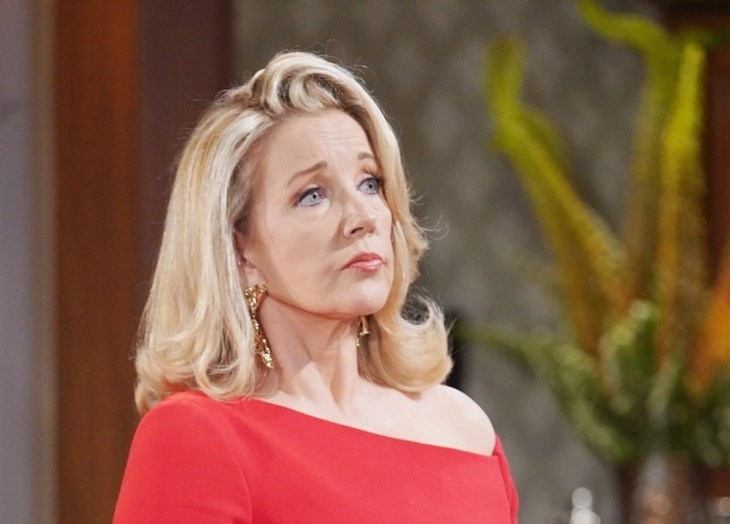 The Young and The Restless spoilers and updates for the next two weeks, June 20-July 1 tease heartbreaks for some, digging up history for others on Y & R!

The Young And The Restless Spoilers – Digging Into History

During the week of June 20 Nikki Newman (Melody Thomas Scott) will want Michael Baldwin (Christian LeBlanc) to dig into Diane Jenkins’ (Susan Walters) past history in Los Angeles. Michael will eventually agree, but he’ll be looking for something to clear Diane, not looking for dirt like Nikki wants him to, hoping to expose something incriminating. He will want to prove that Diane was truthful about her Los Angeles life, not disprove it.

Michael has a different attitude about Diane than a lot of people in Genoa City do. Longtime viewers will remember he hasn’t always been such a saint either!

Kyle Abbott (Michael Mealor) will decide on Summer Newman Abbott’s (Allison Lanier) suggestion that he resign as Jabot’s co-CEO and run Marchetti, which would be a fresh start for him. He blindsided his father, Jack Abbott (Peter Bergman) when he told him he was considering it, but he was behind it all the way.

Phyllis Summers’ (Michelle Stafford) and her Diane hatred also came up in the conversation but Phyllis will have a much more open heart when she returns from her trip. Phyllis will tell Summer she’s let go of her hate and she’ll push her mother to call a truce with Diane to prove it. Diane will be delighted, and she’ll brag to Jack about this huge breakthrough.

The Young And The Restless Spoilers – Rescue Missions And Revisiting History

The Young and the Restless two weeks ahead spoilers tease Victor Newman (Eric Braeden) will worry that Victoria Newman-Locke (Amelia Heinle) will need a rescue from Ashland Locke (Robert Newman). He’ll try to drum up support for a rescue mission with the remaining Newman family members as well as try to derail her plans with Ashland. Someone close to the Newman family may also need a rescue, as she seems to revert to her past history!

That would be Chelsea Lawson, (Melissa Claire Egan) Adam Newman’s (Mark Grossman) ex-wife and the mother of his son Connor Newman (Judah Mackey). She’ll revisit her history, which could either mean trying to snag Adam away from Sally Spectra (Courtney Hope) or perhaps her history of pulling cons!

Over in Sinclair-Benedict land, Imani Benedict (Leigh-Ann Rose) may be distracted from her mission to make Nate Hastings (Sean Dominic) her man when she gets bad news about her mother. Y&R spoilers show Naya Benedict (Ptosha Storey) has been in failing health with heart problems, and it sounds like she may be getting worse! Amanda Sinclair (Mishael Morgan) will also be upset by the news about her and Imani’s mother and it doesn’t sound good. Perhaps Nate’s medical expertise is needed more by Naya than by Chancellor-Winters in the new company!

The Young And The Restless Spoilers – An Intriguing Discovery

Lily Winters (Christel Khalil) makes an intriguing discovery during the week of June 20th. This could be something that Billy Abbott (Jason Thompson) has been keeping from her, or maybe something else. It could be something that will increase the already escalating friction between Nate and Devon Hamilton (Bryton James) following Nate’s over-the-top speech where he gave way too much information!

Or perhaps Lily will discover a new business practice that will propel Hamilton-Winters over the top of their competitors. Whatever Lily discovers, it sounds like it will be very interesting!

During the week of June 27, The Young and the Restless two weeks ahead spoilers indicate Phyllis will apologize to Jack and beg him to hear her out. He’ll have already heard from Diane about Phyllis’ olive branch but he’ll be suspicious as to why Phyllis offered it. It will seem once again that her timing is suspect and he’ll reject her romantic overtures, having felt used as a pawn by Phyllis to one-upmanship Diane! Diane will clearly have the advantage with Jack here and having previously asked Kyle for a job, that may be the tempting offer that Jack presents!

The Young And The Restless Spoilers – Crisis Management

Back to that rescue mission Chelsea might need, Adam will see she’s struggling and he’ll be desperate to get her some help. He’ll reach out to her himself, but he’ll have to be careful she doesn’t take his compassion as a romantic overture! Chelsea won’t be the only one in crisis, however as Tessa Porter (Cait Fairbanks) will also have a crisis to endure!

Her recent sore throat may point to more serious problems such as singer’s nodes, which would at the best cancel her tour so she could rest her throat. At the worst, she could need vocal cord surgery that would put her out of commission for a while; of course Mariah Copeland (Camryn Grimes) will support her either way.

Back to the continuing drama of the Newmans, Victor sets a trap and hopes Ashland will step right into it! Victor’s main goal will still be to get rid of him and bring Victoria back to Genoa City where he can try to control her! Nick Newman (Joshua Morrow) on the other hand might have a trip in mind – to New York City, where Victoria and Ashland are living. Victoria will work on Nick to team up with her in her new company, and even though he’s not the suit type, he might want to pitch in to help!

Chrisley Knows Best: Why Was Chloe Sent To A Public School?