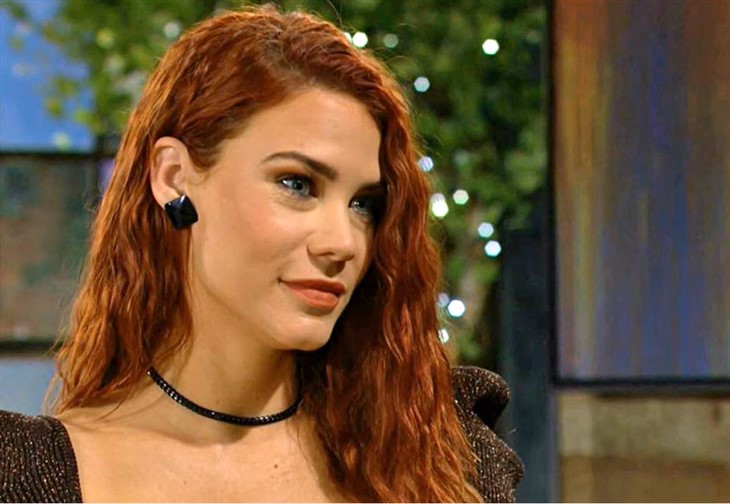 The Young and the Restless (Y&R) spoilers document that Sally Spectra (Courtney Hope) intended to ride Adam Newman’s (Mark Grossman) coattails to the top. Well, they have arrived, as Victor Newman (Eric Braeden) has decided.

Of course, Sally’s initial spot at Newman Media was fully based on her tie to Adam. He needed a replacement for Chelsea Lawson (Melissa Claire Egan). Sally smoothed his ego and fit the bill perfectly.

Her unexpected elevation to the Chief Executive Officer’s spot at Newman Media gives her a lofty title. But Victor’s multi-level chess move separates Sally from Adam, which both people will realize.

The Young And The Restless Spoilers – Victor Newman Retains Control

Victoria Newman (Amelia Heinle) was never truly in charge at Newman Enterprises. Oh, her father allowed various moves and signed off on the merger deal with Ashland Locke (Robert Newman), who he underestimates. But the Moustache still calls the pitches from the bench.

Adam has repeatedly pointed out that Victoria’s distractions put the company in grave danger. If not for the half-billion payoff to Ashland, that threat would still be legally part of the family business.

As for Sally, Victor does not want her to serve as the same type of negative force that Ashland proved to be for Victoria.

Adam is convinced that he has arrived. His place as Newman Enterprises CEO was destined. So, why should it ever be relinquished or taken from him?

It can be argued that Adam, not Victoria, has the keenest business mind. One that is most like Victor’s. But it is also fair to say that Adam’s undisciplined nature leaves him vulnerable to being more tightly controlled than his sister.

Adam’s business history involves going too far overboard, as hubris takes him to places he should not visit. He has not demonstrated an ability to manage people, which is what all effective, enduring leaders exhibit.

Adam is not stupid. He knows that Nikki Newman’s (Melody Thomas Scott) step back to being Chief Operating Officer, rather than remaining as a co-CEO is purposeful. But he may decide to believe that Nikki is displaying a lack of interest in working side-by-side.

Nikki’s decision was wise. She told Victor that returning to her COO post would create a greater impact on Victoria, who is the target of these moves.

However, Adam will be in power for the moment. So, Nikki feels she can serve as a better spy and check on his moves if he holds the top-dog tag. Victor concurred with his wife and appreciated her business sense.