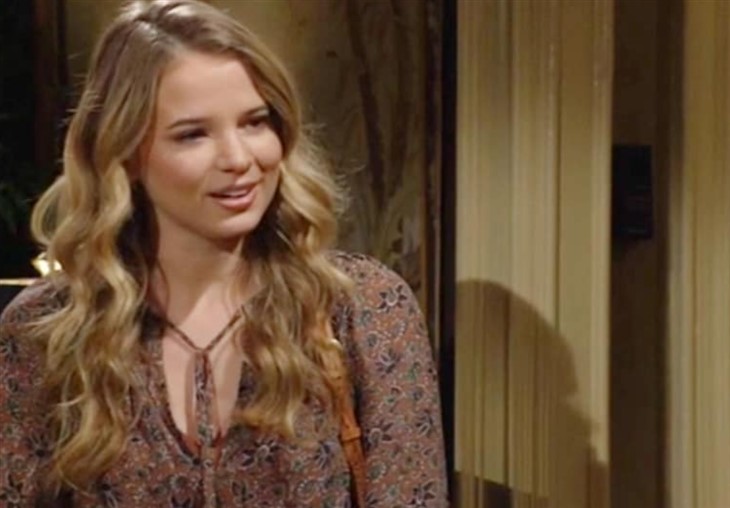 The Young and the Restless (Y&R) spoilers document that Summer Newman Abbott’s (Allison Lanier) made a statement to Mariah Copeland (Camry Grimes) that was intended for her and the audience. Summer said she was not taking a jab at Mariah when complimenting her because she changed.

Marriage and motherhood agrees with Summer, a character that has been recast. Longtime cast member, Hunter King (Summer), left the show amicably in the recent past. So, the recast to Lanier is an important choice.

Kyle intended to return to Milan, Italy. He wanted to fill his wife in on all things Diane Jenkins (Susan Walters).

However, Summer opted to fly back to Genoa City, Wisconsin. That change was made to increase the effect of the recast, with Summer then becoming involved with the Diane dilemma.

Mealor’s character is more angered than relieved to see his mother alive. Diane’s reprehensible choice to fake her murder many years ago and now, in returning, has injected incredible stress into Kyle’s life.

Phyllis Summers (Michelle Stafford) was the first person to yell Supergirl when she saw Summer. Generally that is Nick Newman’s (Joshua Morrow). So, that was a clever dialogue twist.

Summer’s backstory includes many ups and downs with Kyle, which included his marriage to Lola Rosales (Sasha Calle). As an aside, she is the real Supergirl, with this former Y&R cast member donning the costume to play that role on the big screen.

The maturity of Summer and Kyle’s relationship and now marriage has been interesting to watch. The addition of Harrison Locke (Kellen Enriquez) increases their family size.

The Young And The Restless Spoilers – A Baby Would Be Natural

Kyle and Summer have a child. Harrison is Kyle’s son through Tara Locke (Elizabeth Leiner), who is currently in jail.

Summer’s place as Harrison’s stepmother is something she values. But having Kyle’s baby would be a natural next step for this couple.

Family business comes first for Kyle and Summer, with their professions being important but clearly second. So, increasing this family’s size from three to four in the near future is fair to assume.