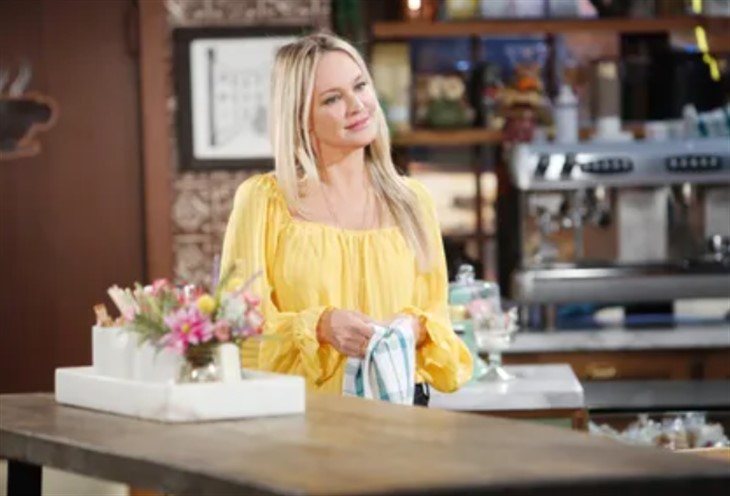 The Young and the Restless (Y&R) spoilers reveal that Sharon Rosales (Sharon Case) has been leaning on Nick Newman (Joshua Morrow) since Rey Rosales’ (formerly played by Jordi Vilasuso) death. Fans predict that Nick and Sharon will rekindle their romance. In fact, Sharon could have a sizzling dream about Nick. However, she is plagued by guilt when she wakes up.

The Young And The Restless Spoilers – Rey Rosales’ Death

Y&R spoilers reveal that nobody expected Rey to die. Rey seemed healthy and there was no indication of any health problems. So, it was shocking when he died in a car crash. However, when the coroner determined the cause of death, Sharon couldn’t believe it. Rey had a massive heart attack while behind the wheel.

The coroner was convinced that Rey died not even knowing he was having a heart attack. While Rey not suffering came as a relief, the detective’s life ended much too soon.

Even before Rey’s death, Nick and Sharon had been spending a lot of time together. Nick was going through problems after his breakup with Phyllis Summers (Michelle Stafford). Then, there was the situation with Victoria Newman (Amelia Heinle), Ashland Locke (Robert Newman), and the complicated Newman family dynamics. Sharon helped Nick sort through a lot of that.

After Rey’s death, Nick has been a constant source of support for Sharon. So, it would be understandable if they eventually get back together.

The Young And The Restless Spoilers – Sizzling Dreams at Night

The Young and the Restless spoilers reveal that Sharon is still grieving. However, that doesn’t mean she won’t subconsciously be thinking about moving on. It is suggested that Sharon might have a sizzling fantasy about Nick while she sleeps at night. Even though there is nothing wrong with someone dreaming about a past or future love, Sharon could struggle with it.

Y&R Spoilers – Too Guilty to Move On?

It’s still too soon for Sharon to move on romantically. It hasn’t been very long since Rey’s death. In fact, Sharon just got back from the funeral service in Miami, then Mariah Copeland (Camryn Grimes) and Tessa Porter (Cait Fairbanks) got married.

Even though Sharon might have some naughty dreams of passion at night, she could be overwhelmed with guilt upon waking. Sharon won’t want to move on so soon. Sharon could feel guilty about betraying Rey’s memory.

Of course, Sharon will want to be sure she is ready to move on, and plus, will Nick feel the same way? The last thing Sharon wants is to jump into a relationship with Nick when she hasn’t fully grieved for Rey. Perhaps Sharon will have another dream that will give her permission to move on. Maybe Rey will appear in Sharon’s dream to tell her that it’s okay to find love again.