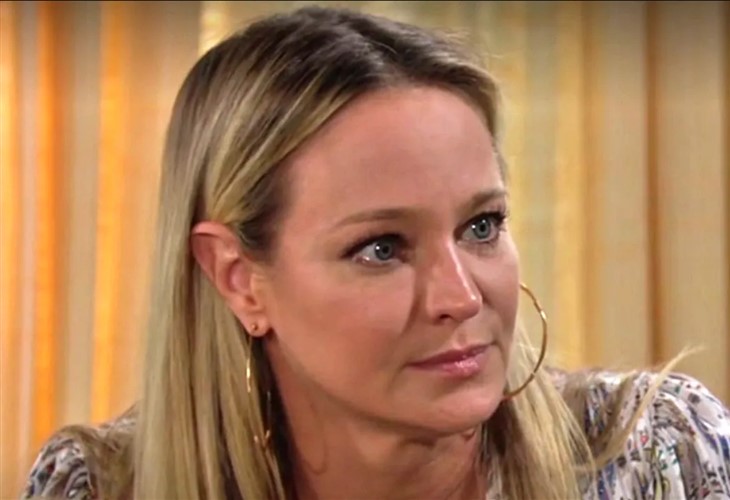 The Young and The Restless (Y&R) spoilers and updates tease that Sharon Rosales (Sharon Case) will return from Miami to some drama in an upcoming Y & R episode!

The Young And The Restless Spoilers – Sharon Rosales’ Family Worries

When Sharon gets back from Rey Rosales’ (Jordi Vilasuso) funeral, which was in Miami at Celeste Rosales’ (Eva LaRue) request, she has a very calm demeanor. This leads her family members to suspect she is not dealing with her grief as she should and she is not coping with her sudden widowhood. However, people do grieve differently and there are several stages of grief, and Sharon herself knows that as a therapist and feels she is doing fine.

It’s not like she hasn’t travailed or shed any tears, she broke down in Nick Newman’s (Joshua Morrow) arms when he brought the bad news! However, even he may be comparing how she is grieving over Rey to how they both grieved over Cassie Newman’s (Camryn Grimes) death; Sharon’s “grieving style” may have changed!

Sharon is coping by keeping busy, especially with getting wedding preparations together for Mariah Copeland (Camryn Grimes) and Tessa Porter (Cait Fairbanks) whose wedding is coming up very quickly! Their wedding date is May 13 – a mere week away, and she wants to make sure that everything goes off with no problems, feeling certain that Rey would have approved. All this busyness could give her family the wrong impression but they don’t know that for Sharon, the busyness is good – she feels capable, energetic and not falling apart! Not falling apart is the best part for Sharon, she wants to avoid that if at all possible, even if her family worries she’s headed for a big crash later!

In the midst of all the busyness and wedding planning, however, Nick changes the subject, so to speak, in a dramatic way; confiding to her something she doesn’t like at all! Nick comes to Crimson Lights and he and Sharon sit down at a table to talk about Ashland Locke (Robert Newman). Sharon can barely believe her ears at the gall of that man when she listens to what Nick has to say!

Nick knows that Sharon, who against all odds beat her breast cancer she dealt with a few years ago, would be angry! Nick tells her that Ashland lied about his cancer and wasn’t sick at all, other than the heart attack – that was real.

Then Nick talks to Sharon about Locke’s offer to make a large contribution to New Hope, to the tune of $250 million dollars! That of course came from the payoff money Adam Newman (Mark Grossman) paid him with Victor Newman’s (Eric Braeden) backing to annul the marriage to Victoria Newman (Amelia Heinle)! Along with that Locke was to leave town, and the merger was reversed with Newman-Locke reverting to just Newman Enterprises and Newman Media. Predictably, Sharon is even more appalled, agreeing with Nick that it sounded like a bribe for acceptance and approval! Nick assures her that he turned the con man down flat; even if they could use the money they don’t want any association with him!

Days Of Our Lives Spoilers: Ava And Jake Make Love!