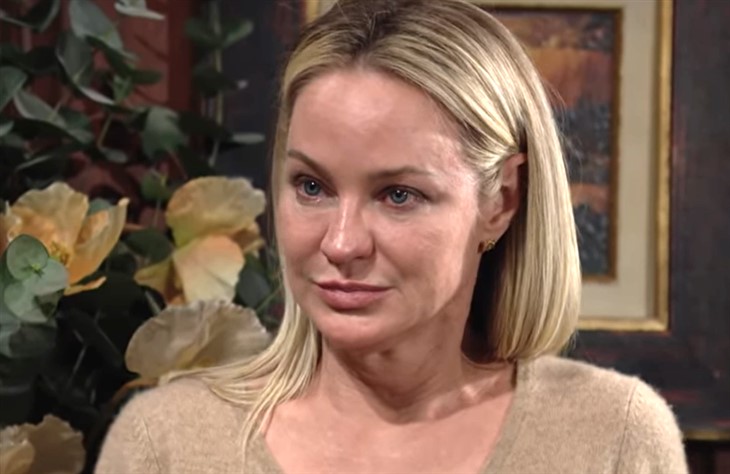 The Young and the Restless (Y&R) spoilers document that Sharon Rosales (Sharon Case) has been shocked into a new reality. The sinking feeling she had in her heart was confirmed when Nick Newman (Joshua Morrow) arrived at Crimson Lights.

That particularly beloved setting and the iconic actors and the characters they play may wink at Y&R’s future. Although, longtime fans could rightly speculate that the tragic death of Rey Rosales (Jordi Vilasuso) could revisit the past rather than create a fresh future.

The Young And The Restless Spoilers – Was Rey Rosales Sharon Newman’s Deepest Love? No.

Did both characters combine to create the greatest pairing that Case has ever been a part of on Y&R? Again, no.

However, Rey’s pursuit of Sharon was sweet. She respected his marriage to Mia Rosales (Naomi Gonzalez), which eventually ended. Then, both people pursued each other in earnest.

It is fair to state that Sharon and Rey were good together. Their arguably strongest period came when Rey was his wife’s greatest champion during the cancer battle.

With that fight won, this married couple entered the smoothest part of their union. Better days, stretching well into the future, seemed certain.

Soap fans are savvy. So, they noticed various nostalgic scenes that Sharon and Nick were written into during the past six months-plus. It felt like a revival of some sort was coming.

But there was no indication that Rey would be killed off, especially considering TPTB inked Vilasuso to a new three-year deal last fall. But a decision was apparently made sometime after then to kill his character off.

The implication is that a new direction was desire for Case, who has long been one of the main stars of the show. So, where does Sharon go now?

The Young And The Restless Spoilers – Nick Newman Is The Obvious Choice?

Nick is single, and Sharon has been widowed. It is natural that the family ties these friends have will lend itself to Nick being available to help Sharon cope.

So, either Rey was killed off to clear a wide path for Sharon back to Nick, or that is the head-fake. Supporters of a Sharon and Nick reunion are cautiously hoping to see what comes next because they have been down the altar with this couple twice before, with no remarriage realized.

Nick is the obvious choice for Sharon to re-pair with in the near future. But soaps are also about unexpected developments.