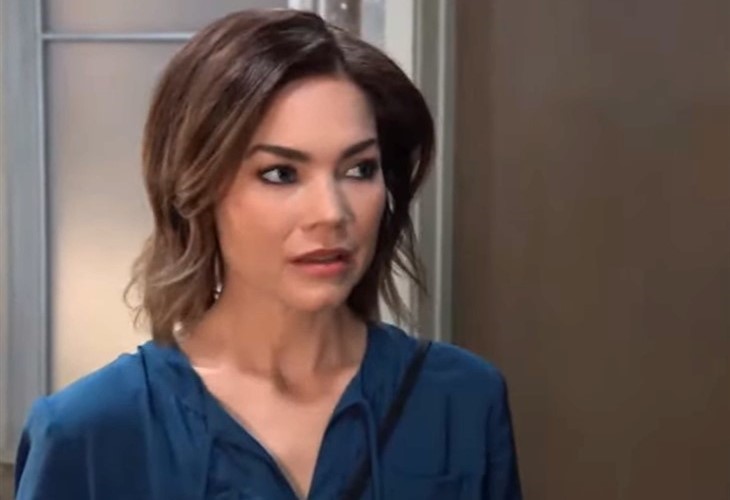 General Hospital (GH) spoilers tease that Elizabeth Baldwin (Rebecca Herbst) is going cuckoo for cocoa puffs over strange happenings that center around her dead husband Franco Baldwin (Roger Howarth). The list is long, and thus far nothing, no intervention, has worked to remedy the weirdness. Now Port Charles, New York’s former librarian could crack the code. Will Lucy Coe’s (Lynn Herring) psychic connect the couple and perhaps uncover what is really going on here?

Liz is at the end of her rope and willing to entertain the thought of using her son Aiden Spencer’s (Enzo De Angelis) Ouija board to reach out to Franco. Nothing else has worked, why not try this? According to Liz’s mind it could be that Franco doesn’t like the idea of her moving on with Hamilton Finn (Michael Easton). But would Franco really try and hold her back, after all he was a loving husband and a hard core fan of reality. Surely he would know that life goes on and he would want Liz to be happy?

Somehow no one has had the thought that Franco was a reformed man, and unlikely to haunt people for his own selfish means.

When Lucy suggests the medium, Liz is all ears. Lucy has talked to Aiden and thinks that this could be the answer Liz is looking for. Lucy knows a lot of psychics can recommend a good one. Liz is on board but what about Hamilton? He is a man of science and this isn’t how he thinks answers come about.

He does not see Franco’s ghost being the culprit thus a psychic is stretching things; nonetheless, Liz is desperate. Why not explore this option what harm could it do?

Actually, it may do more harm then good. Remember when Ava Jerome Cassadine (Maura West) asked a psychic to contact her deceased daughter Kiki Jerome (Hayley Erin) and Kiki refused?

At this point anything is worth a shot and if it gives Liz peace, why not? What do you think will happen if Liz hires a medium to contact Franco? Will he respond? And if so what does he have to say to the nurse who could be her own worst enemy?