The Young And The Restless Spoilers: 3 Must-See Y&R Moments Week Of April 25 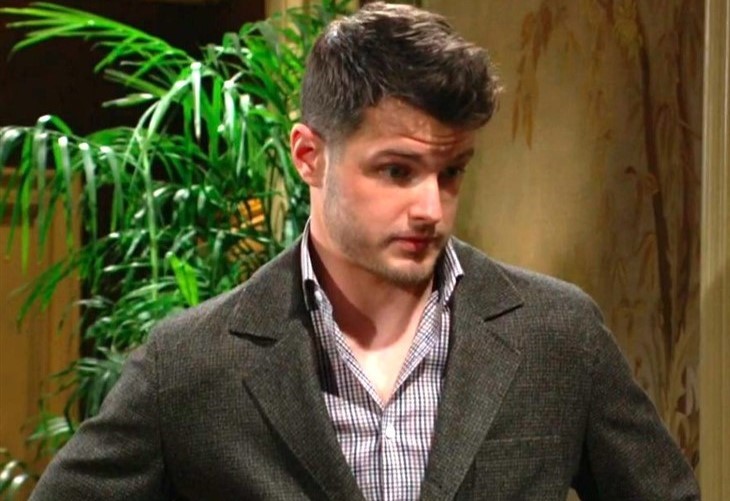 The Young And The Restless Spoilers – Kyle Abbott Returns

Y&R spoilers reveal that one must-see moment includes Kyle and Harrison Locke (Kellen Enriquez) returning to Genoa City. Kyle has no idea why Jack Abbott (Peter Bergman) has asked him to come home. Jack didn’t give any information to Kyle except that it was something important. Jack promised to be at home waiting for Kyle and Harrison.

However, Kyle and Harrison come home to an empty house. What Kyle doesn’t know is that Jack is dealing with Diane and Nikki Newman (Melody Thomas Scott).

Eventually, Jack returns to the house to have a heartwarming reunion with Kyle and Harrison. However, things take a turn when Jack finally tells Kyle why he’s been asked to come back to Genoa City. That is when Kyle learns that his mother is alive and wants contact with him. This will create a lot of complicated emotions as Kyle really struggled with his mother’s “death.”

The Young And The Restless Spoilers – Ashland Locke’s Promise

The Young and the Restless spoilers reveal that another must-see moment next week includes Ashland. Even though Ashland accepted Victor Newman’s (Eric Braeden) $500 million payouts, the villain hasn’t left town. It seems that the crash has a traumatizing effect on Ashland. Expect to see a moment where Ashland is alone in a hotel room crying as he thinks about nearly losing Victoria.

During the week of April 25, Victor will tell Ashland to get lost. However, Ashland doesn’t leave as he promised. Instead, he makes a promise to Victoria.

It is teased that Chelsea will have to defend herself during the week of April 25. So, Sharon could fire allegations at Chelsea. Maybe Sharon blames Chelsea for Rey’s death. Sharon might also bring up the feelings that Chelsea had for Rey.

Of course, this could be about Sally Spectra’s (Courtney Hope) insecurity as well. This would tie in with the spoiler that Sally makes a confession to Adam later in the week. So, we will have to keep watching the CBS soap to see what happens next.

Sister Wives Spoilers: Has Kody Brown Moved On After Divorce From Christine?