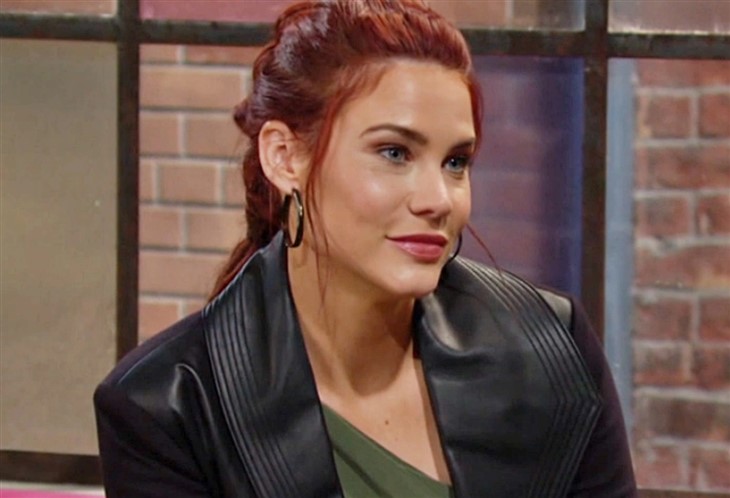 The Young and the Restless (Y&R) spoilers tease that Sally Spectra (Courtney Hope) will find herself in a vulnerable position in the weeks ahead. After Sally sleeps with Adam Newman (Mark Grossman) this week (November 28), the Y&R writers could set up a ‘who’s the daddy’ storyline for February sweeps.

After months of going back and forth between Nick Newman (Joshua Morrow) and Adam, Sally decided she wanted to go to the next level with Nick. In her mind, he could provide security, stability, and loyalty. On paper, it was a good decision. But matters of the heart are rarely that simple.

Sally made their relationship official by sleeping with Nick. He offered to bankroll her new business, which Sally thought was a terrible idea. She wanted to figure out her next career move on her own, without the help of either Newman brother.

Even so, Y&R spoilers tease that Sally will continue her relationship with Nick. It will become a source of Newman family tension as she fails to break her connection to bad boy Adam.

Just days after sleeping with Nick, Sally reconnects with Adam. He showed her kindness and vulnerability, something that caught her off guard. They share a passionate kiss, leading to them hitting the sheets.

Adam hopes that reconnecting with Sally ends her relationship with Nick. However, he will be disappointed when Sally refuses to stop seeing Nick. Sally surprises Adam when she doesn’t want to stop seeing him either. She’s playing a dangerous game, especially considering Victor Newman (Eric Braeden) wants to find dirt on her to oust her from Nick and Adam’s lives.

The Y&R writers are setting up a paternity mystery storyline. We’ve been down this road once before with Sage Warner (Kelly Sullivan). She slept with both brothers, and the viewers weren’t sure if Adam or Nick was Christian Newman’s (Alex Wilson) father. With Sally sleeping with both brothers, the writers are setting up the same scenario. Most Y&R viewers think that Sally will eventually end up with Adam. Still, before they solidify their relationship, the powers that be (TPTB) will put them through a paternity mystery to test their love.