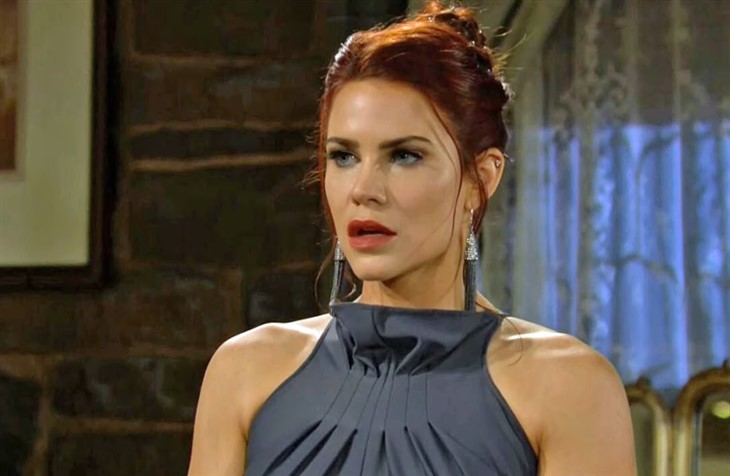 The Young and the Restless spoilers reveal that Sally Spectra (Courtney Hope) has been sleeping with Nick Newman (Joshua Morrow). However, Sally is still in love with Adam Newman (Mark Grossman). So, Sally could end up sleeping with her ex, too. If Sally turns up pregnant, who will be the father and will she be honest about the paternity?

The Young And The Restless Spoilers – Romance With Nick Newman

Y&R spoilers reveal that Sally was heartbroken over Adam. Even though Adam thought he was protecting Sally by breaking her heart, he wasn’t honest with her. Now that Adam is starting to have a change of heart, it might be too late.

To both Sally and Nick’s surprise, they have found themselves sleeping together. Each time, they both admit that it was unexpected and unplanned. However, it has happened more than once, which means it will probably happen again.

Even though Sally has turned down Adam’s reconciliation attempt, it is clear that she still loves him. So, it wouldn’t be far-fetched to see Sally sleeping with Adam after she’s already hopped into bed with Nick. This is often what happens in soap storylines, which leads us to our next speculation on Sally’s future.

The Young And The Restless Spoilers – Sally Spectra’s Pregnancy

The Young and the Restless spoilers suggest that Sally could find out that she’s pregnant. Of course, this would already be shocking and complicated due to her dynamic with Nick. Once you add in Sally sleeping with both Nick and Adam, then it sets her up for a who’s the daddy storyline.

Sally will be determined to find out who the father of her baby is. Sally might steal some hair from a brush or grab Nick’s toothbrush for DNA testing.

However, if Nick is the father, then will she tell him? That will not only endanger her job and complicate Nick’s family life, but it will also make her a pariah in Genoa City all over again. Everyone will assume that Sally tricked Nick into getting her pregnant so she could get access to the Newman fortune.

So, Sally might claim that the baby is Adam’s. For a while, people might believe it, including Adam. However, secrets always come out in soaps. So, it could turn into an interesting storyline, but only if it’s done right.

Do you think Sally will sleep with Adam after hopping into bed with Nick? If Sally ends up pregnant, who will be the baby daddy? Will Sally tell the truth or try to protect Nick by claiming Adam is the father? Share your thoughts and remember to keep watching the CBS soap to see what happens next.