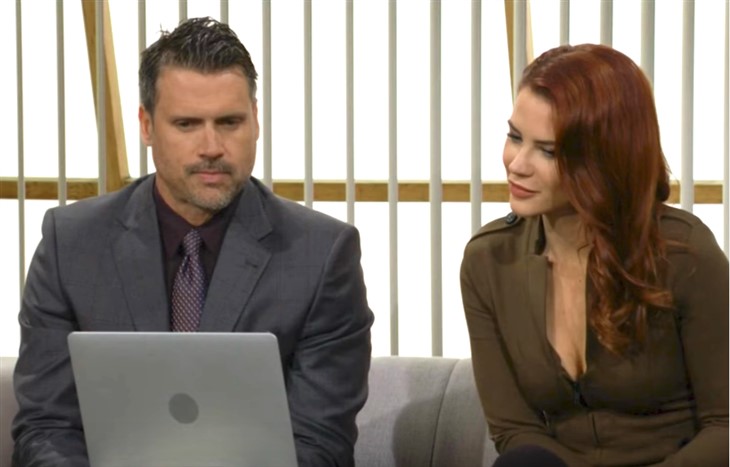 The Young and the Restless spoilers reveal that Adam Newman (Mark Grossman) has found out about Nick Newman (Joshua Morrow) and Sally Spectra (Courtney Hope). When the Newman family discovers the romance, it will be explosive. Could Nick and Sally make a controversial move that rocks the Newman family?

The Young And The Restless Spoilers – Sally Spectra’s Romance

Y&R spoilers reveal that Nick has been impressed with Sally ever since she took over the position of CEO at Newman Media. However, Nick was concerned that Sally’s passion and enthusiasm were waning because of Adam. In fact, Sally missed a very important meeting because she was being hung up by her ex-boyfriend.

Nick did damage control but also ended up sleeping with Sally. Now the two have fallen into bed on a few occasions.

Adam will decide to pay Sally a visit to her new hotel room. When Sally opens the door, she expects room service. However, it is Adam standing at the door. When Nick walks closer, Adam realizes what is going on.

Adam is furious as he still loves Sally and considers Nick’s actions a huge betrayal. However, Adam broke Sally’s heart and did it in a cruel way. So, of course, Sally has decided to move on. The only problem is that Sally knows there could be severe consequences if the Newman family ever finds out about the romance.

The Young And The Restless Spoilers – Adam Newman’s Next Move

The Young and the Restless spoilers reveal that Adam will react recklessly, just as he always does. Adam could decide to get back at Nick and Sally by telling Victor Newman (Eric Braeden) about the tryst. Adam might also rat out Nick and Sally to Victoria Newman (Amelia Heinle).

Adam might hope that exposing Nick and Sally will get him back the CEO position at Newman Media. Sure, Adam quit on his own and is now at Jabot. However, Adam isn’t getting back into Newman Enterprises as long as Victoria is in charge. So, regaining his CEO job at Newman Media could be the next best thing.

Nick and Sally seem to have a hard time fighting their passion. Even though neither will admit it, this could be more than just a fling. Could Nick and Sally admit their feelings as well as do damage control?

Before getting fired, could Nick and Sally decide to walk out together? If so, that won’t mean the Newman family will accept the relationship. Expect Victor to rage over the romance and scheme to get his way.

What do you think Adam will do with the intel about Nick and Sally? Will Adam use it to get back into Newman Media? How will Nick and Sally handle the Newman family finding out about the forbidden romance? Keep watching the CBS soap to find out what happens next.