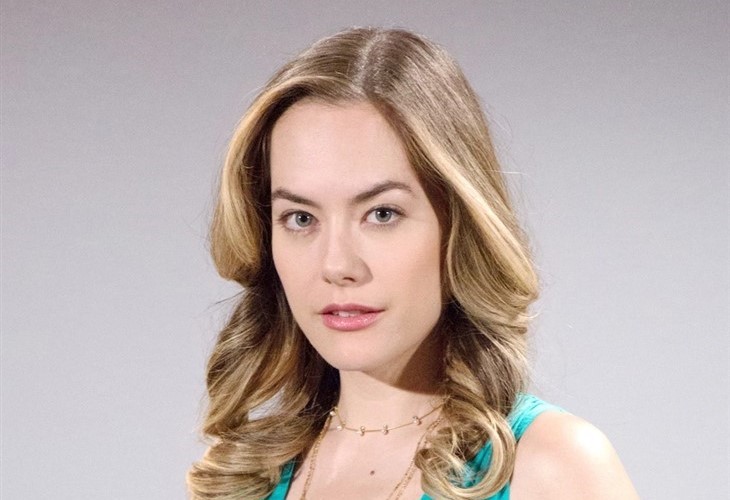 The Bold and the Beautiful spoilers reveal that Hope Logan Spencer (Annika Noelle) talks to Deacon Sharpe (Sean Kanan) about New Year’s Eve. Even though Hope is angry with Deacon, she also feels that he should have dealt with his feelings in the right way. Noelle teased “in vino veritas,” which indicates Deacon and Brooke Logan Forrester’s (Katherine Kelly Lang) future.

The Bold And The Beautiful Spoilers – Angry With Deacon Sharpe

B&B spoilers reveal that Hope is angry with her father after finding out the full story from Brooke. Even though Brooke said that Deacon didn’t encourage her to drink, Hope wants to make sure.

That’s not the only thing Hope is upset about, though. Hope has to figure out a way to explain Brooke kissing Santa Claus to Douglas Forrester (Henry Joseph Samiri). Plus, what happens when Douglas spends time with his father, Thomas Forrester (Matthew Atkinson)?

Speaking to Soap Opera Digest, Noelle explained that Hope feels that she and Deacon have been working so hard to prove he’s changed. By drinking with Brooke, kissing her, and spending the night, Deacon jeopardized everything.

The actress also teased that Hope wouldn’t object to Deacon and Brooke getting together. However, she would prefer that they do it slowly and the “right way”, not when Brooke is still married to another man.

The Bold And The Beautiful Spoilers – In Vino Veritas

The Bold and the Beautiful spoilers reveal that fans are not the only ones that believe Brooke is in denial about her feelings for Deacon. The actress hinted that if Brooke kissed Deacon while drinking, then those just might be her true feelings.

“Deacon and Brooke certainly went about this in all the wrong ways – under the influence and betraying a spouse. If Hope had any inclination toward her parents being together, she would have wanted it to happen in time, in the right way. But, in vino veritas.”

For those that are not aware, “in vino veritas” means “in wine, there is truth.”

Brooke might be desperate to prevent Ridge Forrester (Thorsten Kaye) from finding out the truth. However, he eventually will. When that happens, “Bridge” will probably split up again. Brooke could turn to Deacon while Ridge gets back together with Taylor Hayes (Krista Allen). Whether Brooke and Ridge reunite or they stay apart, only time will tell.

What do you think really possessed Brooke to kiss Deacon on New Year’s Eve? Do you believe it was just the alcohol, or could Brooke have hidden feelings for Deacon? Share your thoughts and remember to keep watching the CBS soap to see what happens next.