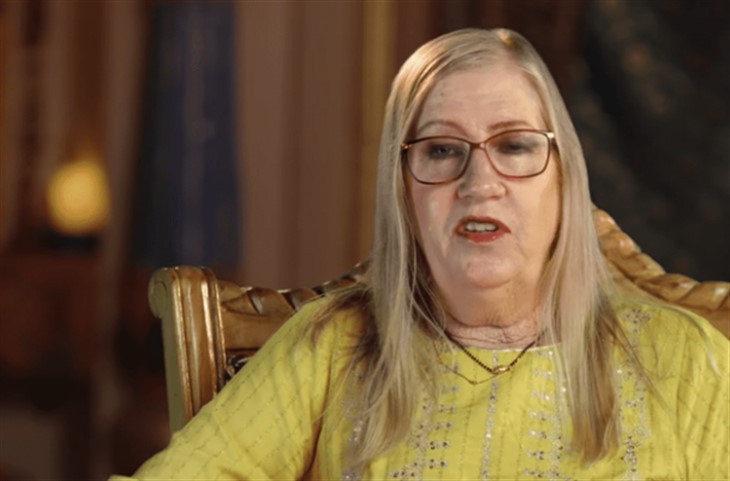 Jenny Slatten and Sumit Singh debuted on the TLC show when they met each other on Facebook. The Palm Springs resident then left for India to finally see the love of her life in person. However, the moment turned sour when Jenny learned straight from her beau’s in-laws that Sumit was still married to an Indian woman. The mother-of-one then packed her things and flew back to the United States.

In the previous episode of “90 Day,” Jenny’s daughter, Christina, spoke on behalf of her mother regarding the situation the couple faced following their wedding announcement to Sumit’s family. When Christina came to visit her mom in India, the news left her devastated. The matriarch then mentioned the concern of Sumit’s family involving their culture and beliefs.

Moreover, Christina became horrified when they revealed that only Sumit can go back to his family and Jenny must return to her home country. The youngster expressed her thoughts regarding the situation, feeling sorry for Jenny, especially since she’s alone in India. “It’s not right. It’s disrespectful,” Christina uttered.

In the confessional, she stated that Sumit must stand up for her mom, protect her, and express his love for Jenny in front of his family. However, the New Delhi star wanted Christina to not involve herself in his family issues. “She cannot understand what I’m dealing with and she needs to stay out of the situation,” Sumit said.

In the latest episode, Christina met Sumit’s family and hoped that they would open their hearts to accept the couple’s marriage. However, the family continued to reject their romance and really showed that it was difficult for them to welcome Jenny as Sumit’s wife.

Meanwhile, Jenny’s patience has finally burst, leading her to instantly decide for herself and Sumit. “I’m never gonna be accepted. I don’t want to take him away from his family, but I think maybe it’s better if we go ahead and live in America then,” the mother-of-one stated.

In a confessional, Sumit shared his thoughts about his wife’s bombshell towards his family. He stated how stunned he was after Jenny uttered her plans to fly to the United States. “I’m scared of how they gonna feel and how they are gonna react,” Sumit said.

Y&R Spoilers: Abby Not Backing Down? Believes She Can Win Chance Back?