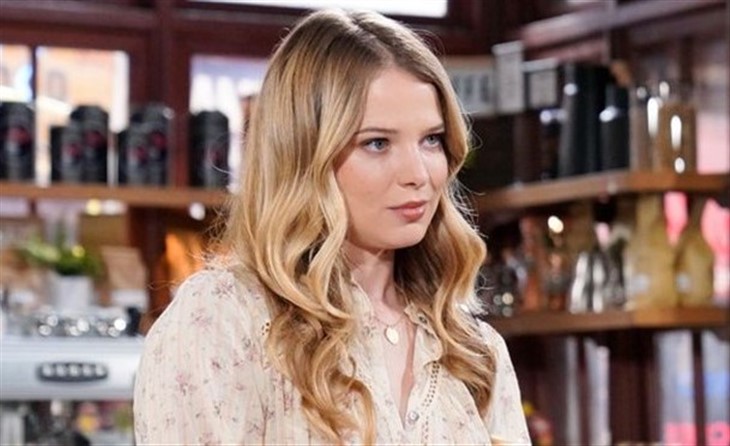 The Young and The Restless (Y&R) spoilers and updates tease there is a major role reversal in play as Summer Newman-Abbott (Allison Lanier) tries to protect her dad. She’ll blast Sally Spectra (Courtney Hope) over her dating her father, Nick Newman (Joshua Morrow).

The Young And The Restless Spoilers – Burned Bad

Sally was burned bad by Adam Newman (Mark Grossman) although he could attest to being burned bad right back recently. He tricked her into a romantic date letting her think Nick had invited her, and although they did talk some things out, she made sure he understood she wouldn’t come back. She also rubbed it in his face that she was involved with his older brother, although Adam knew he blew it with her and apologized.

Nick offers Sally an older and more stable relationship, even though she is calling it a “situationship” being burned too badly by Adam to commit. Nick understands, and he’s not pushing the envelope the way Adam has been trying to do, with Chloe Mitchell (Elizabeth Hendrickson) also pushing her to stick with Nick.

Sally will be thinking about all of this as she makes a choice about Adam soon, and it looks like she’ll stick with Nick for the time being. But Sally will soon start getting some flak about being on the rebound, and even Nick will be cautious as well as Sharon Rosales (Sharon Case). But soon, his daughter Summer will find out that he’s been seeing Sally, and she’ll go on the attack against her. Sally is the last person that Summer would want her father involved with but she will likely warn her about hurting him. She might realize that she can’t tell her father who he can and cannot be involved with.

The Young And The Restless Spoilers – A History Lesson

Summer might opt to give Sally a history lesson, in regards to Nick being hurt, but in a recent Y & R preview she seems a bit threatening. She wants to know what’s going on between the two of them and why they are spending so much time together outside the office. Summer won’t want her father getting jerked around and is aware that Sally was with Adam previously, there’s been plenty of Newman family gossip and talk about that.

Summer may well tell Sally to pick a lane and not waffle between the two brothers if she knows what’s good for her. Summer is not quite as overt as her mother, Phyllis Summers (Michelle Stafford) but she can deliver just as good a threat if need be!