The Young And The Restless Spoilers: Nick Wants Answers From Sally 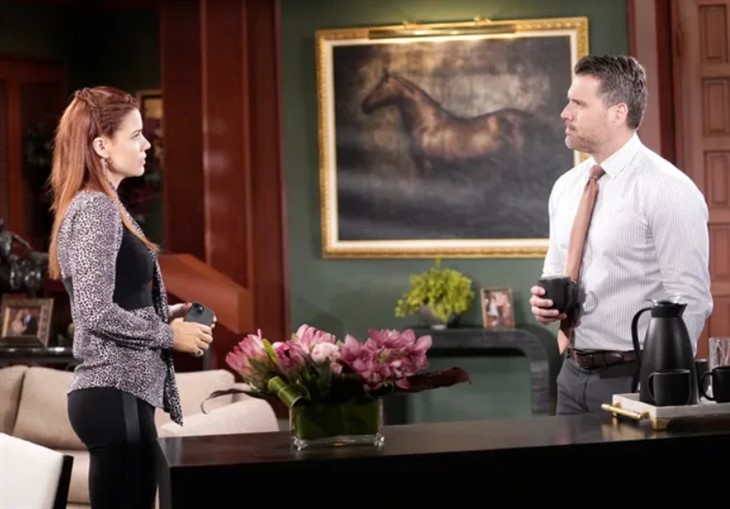 The Young and the Restless (Y&R) spoilers for Friday, October 14, 2022, reveal Nick wondering if Sally truly has feelings for him.

Adam Newman (Mark Grossman) did his best to break up an actual date between Nick Newman (Joshua Morrow) and Sally Spectra (Courtney Hope). The date still went on as planned, but it did bring up a lot of questions for Nick and he asks those questions on Friday.

Does Sally still have feelings for Adam or not and if she does, how deep do they go? Nick still isn’t sure about his own feelings but he is willing to give it a go with Sally. However, seeing how she reacts around his brother makes him wonder if that was a good idea.

What will Sally tell him? Her feelings for Adam did run deep but he broke her heart and she might not be willing to put herself through that again? Does she think that Nick is the safer Newman choice?

Jack Abbott (Peter Bergman) can always tell when his sister is not being straight with him, so on Friday, he questions her about her meeting with Tucker McCall (Trevor St. John). He knows how much Tucker hurt her in the past and wonders why she would have even agreed to spend time with him. Will she let it slip that Nikki Newman (Melody Thomas Scott) and Phyllis Summers (Michelle Stafford) want her to keep spending time with him all because of Jack and Diane Jenkins (Susan Walters)?

Nate Hastings (Sean Dominic) may be a corporate raider now engaging in some illegal insider trading without the thought that he could go to jail, but that doesn’t mean he wants to give up on love. He couldn’t even believe it when Elena Dawson (Brytni Sarpy) told him she wanted to go on a break.

Well, Nate wants that break to be over and begs Elena to come home. However, Elena has only seen Nate’s new attitude get worse and worse over the last few weeks and not better. Will she be willing to give love another try just because Nate begs her to or has he proven that he is a new person she no longer trusts or even likes? Stay tuned to The Young and the Restless weekdays to see how these stories play out.

Days Of Our Lives Spoilers: Kristen Thinks She Has Brady Where She Wants Him

The Bold And The Beautiful Spoilers: Brooke Doesn’t Know Where To Turn Next