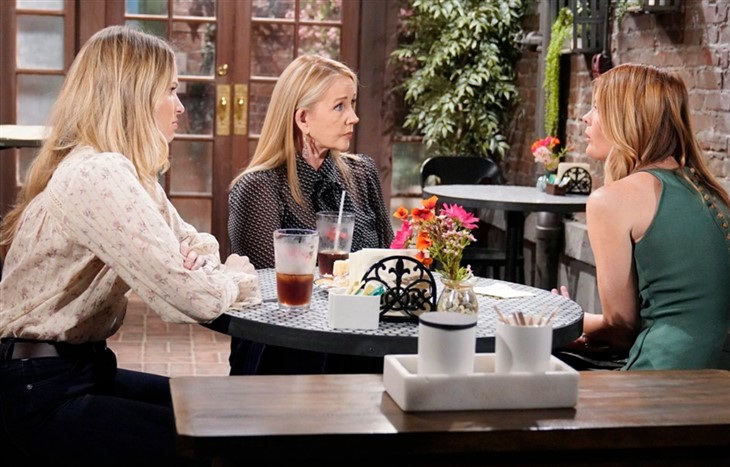 The Young and the Restless spoilers document that Phyllis Summers (Michelle Stafford) is determined to force Diane Jenkins (Susan Walters) out of town. This effort is misguided, as it threatens the relationships Phyllis worked hard to rebuild.

Longtime fans know that Phyllis’ most recent return to Genoa City, Wisconsin happened after she was in Las Vegas, Nevada. Since that point in the 2019 plot, Phyllis reestablished a strong bond with Summer Newman Abbott (Allison Lanier).

Phyllis lied to Summer by telling her this job opportunity is about enhancing Marchetti rather than torpedoing Diane. That willful subversion appears destined to break more than Summer’s trust. It will likely break her heart.

The Young And The Restless Spoilers – Diane Jenkins Sets Red Off

Phyllis has openly admitted that she can not stand Diane. But that apparent realization has not changed Red’s aim.

What does Phyllis think she can gain by sabotaging Diane? Her belief seems centered on Walter’s character will be disgraced, causing Summer, Kyle Abbott (Michael Mealor), and Jack Abbott (Peter Bergman) to turn.

But anyone with daytime eyes can see the danger in what Phyllis is doing. She is assuming all risk, with Nikki Newman’s (Melody Thomas Scott) support and Ashley Abbott’s (Eileen Davidson) suspicion.

Ashley was not in favor of Phyllis’ plan when first told of it. She cited Gloria Abbott Bardwell’s (Judith Chapman) face cream debacle at Jabot as proof of business games gone wrong.

However, Ashley agreed to remain mum about the plan. She will be present at the laboratory and serve as Phyllis’ handler.

Stafford’s character is assuming victory over Diane. That overconfidence will hopefully be balanced by Ashley’s advice and involvement as the plan plays out.

Summer and her mother have been at odds in more recent years. TPTB have written the recast character that Lanier portrays as very responsible. That is quite a contrast to some drama-full years when King portrayed this persona.

King’s edition existed through the marriage in Italy, with Summer taking her second marriage to Kyle seriously. She also embraced stepparent responsibilities, with her love for Kyle expressed by caring for Harrison Locke (Kellen Enriquez).

Phyllis is foolishly not considering the terrible impact the inevitable reveal of her goal to bring Diane down will have on Summer. Even if Phyllis achieves a general victory, which is questionable, she is betraying her daughter’s trust on Y&R.