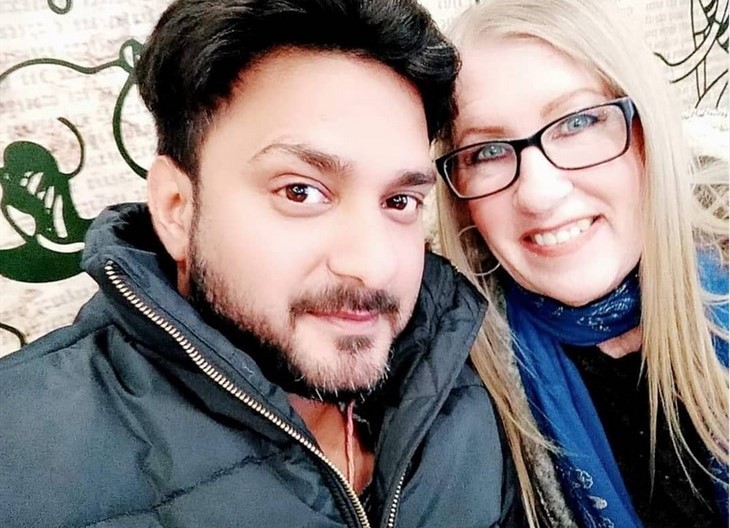 90 Day Fiancé spoilers, news, and updates tease that Jenny answered a fan’s question, asking about her source of income in India.

Jenny Slatten debuted on the TLC show when she met her boyfriend, now husband, Sumit Singh, on Facebook. She then left for India to finally see the love of her life in person. However, the moment turned sour when Jenny learned straight from her beau’s in-laws that Sumit was still married to an Indian woman, and this led the mother-of-one to pack her things and fly back to the United States.

It was evident in their respective social media accounts that the couple visits some expensive restaurants and stays in luxury hotels. A curious fan recently commented on Jenny’s photo collage on Facebook, asking her about their source of income. Though it was not a detailed answer, the mother-of-one mentioned her online business and said that Sumit is a “cook.”

Before the pandemic, Sumit used to work at a friend’s café and he was also seen cooking some Indian delicacies on his Instagram account. During her previous interview with TVSeasonSpoilers, Jenny was asked if she has any plans to work in the hotel industry in India. She then revealed that she doesn’t have a visa to work in Sumit’s home country.

As she enjoyed her date with Sumit, the Palm Springs resident posted a photo of herself wearing a bright orange dress. Fans gathered in the comment section and expressed their admiration for the TLC star.

One fan commented, “You look fabulous! You look great in bright colors.” A Facebook user wrote, “Jenny, you are so beautiful. No wonder Sumit can’t let you go.” Another one chimed in, “You’re always smiling! We should all be so lucky! So happy for your happiness!”