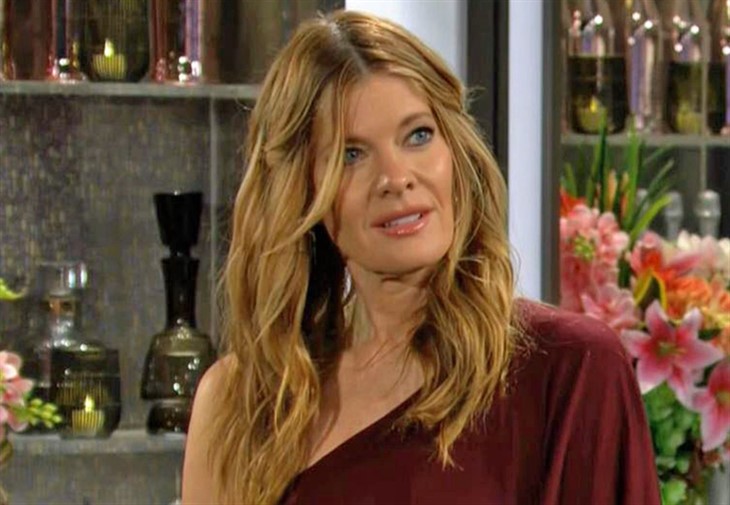 The Young and the Restless spoilers reveal that Phyllis Summers (Michelle Stafford) could get a romance with a new resident of Genoa City. However, would this be a real love story or could it be Diane Jenkins (Susan Walters) doing damage control? Keep reading to find out what could happen in the CBS soap.

The Young And The Restless Spoilers – Phyllis Summers’ Scheme

Y&R spoilers reveal that Phyllis doesn’t care about anything except getting rid of Diane. Phyllis is willing to give up her baby, the Grand Phoenix, in order to do it. With Phyllis getting hired at Marchetti, Summer Newman-Abbott (Allison Lanier) issued a warning. Summer and Kyle Abbott (Michael Mealor) will be watching both Phyllis and Diane very carefully.

Summer was right about one thing. Marchetti is a business and everyone needs to act professionally. That means Diane and Phyllis’ personal issues need to stay out of the workplace. However, Phyllis is going to endanger her relationship with Summer just to sabotage Diane.

While Summer was warning Phyllis, Kyle had to tell Diane the news. When Diane learned that she would have to work with Phyllis, she flipped out. Diane lost it on Kyle but quickly regained her composure. Later, Diane approached Summer to assure her there would be no drama… at least not on her end.

The Young And The Restless Spoilers – New Genoa City Resident

The Young and the Restless spoilers reveal that fans will soon see a new character in the CBS soap. The character’s name and details are being kept a secret for now. However, it is being played by Another World veteran Trevor St. John.

There are a lot of theories about St. John’s character. Is it possible that this newcomer will actually be recruited by Diane to do damage control?

For Diane to quickly regain her compose and assure Summer there would be no issues at Marchetti with Phyllis, she must have a plan. That plan could be for St. John’s character to crash into town and sweep Phyllis off her feet. While Phyllis might be distracted by romance, would it really be enough to get Diane off her radar?

There is also the possibility that the newcomer will actually feel bad for messing with Phyllis’ heart. Maybe he ends up confessing that he was hired by Diane to distract Phyllis. If this is the case, then expect a whole lot more drama to unfold.

What do you think Diane is planning now that she knows Phyllis will be at Marchetti? Is St. John’s character someone from Diane’s past? Will he be Team Phyllis or Team Diane?