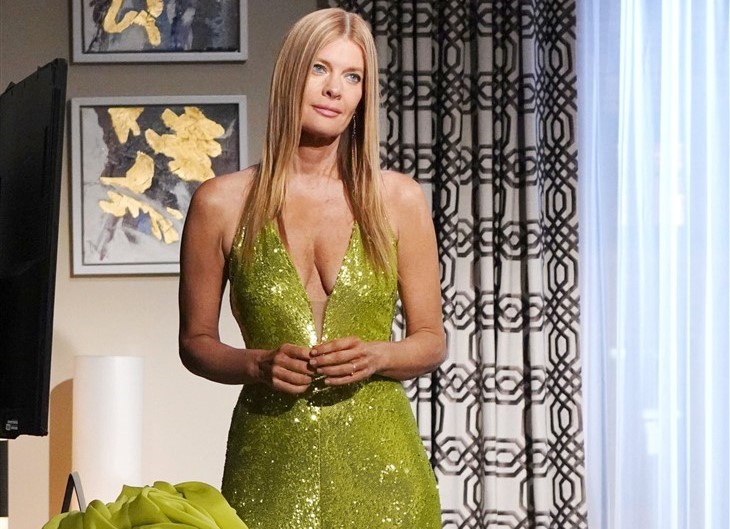 The Young and the Restless (Y&R) spoilers document that Phyllis Summers (Michelle Stafford) is inexplicably offered a job at Marchetti. How is this good business sense?

The decision-makers, Kyle Abbott (Michael Mealor) and Summer Newman Abbott (Allison Lanier), were given positions of significant authority in the recent past for reasons that were suspect. While they had professional experience, this couple’s combined executive experience was minimal.

If not for Kyle’s father, Jack Abbott (Peter Bergman), it is unlikely he ever would have been the co-Chief Executive Officer of a corporation. And Summer (when she looked like Hunter King) got a job at Marchetti because Eric Forrester (John McCook) agreed to do a favor for Sally Spectra (Courtney Hope) without pursuing any due diligence. Yes, preposterous.

The Young And The Restless Spoilers – Kyle Abbott Heads Marchetti?

Summer agrees to be forced out of town by Sally as part of the acceptance of the Marchetti job. Viewers know that happened because TPTB were in the process of writing Summer and Kyle off-screen at that point in the plot, with the recast to Lanier and this couple’s return to Genoa City, Wisconsin following.

Jack received a wild scenario pitch. Jabot should buy Marchetti, which was revealed to have been suffering financial problems. Angelina Marchetti (Cristina Serafin) was then said to want to retire.

Bergman’s character orchestrates the acquisition in light speed time, with Jabot obviously having financial fluidity, and little dialogue devoted to what normally would be an extended transaction. Kyle liked Summer’s idea that he lead the new division, and that was that.

It was reasonable to believe that Kyle would either find a job for his mother or give her one. Diane Jenkins’ (Susan Walters) ask was genuine and modest.

The public relations position Summer developed was of the entry-level variety and included oversight. The inversion of someone with Diane’s background being supervised by family members who are decades younger is a wink at the dysfunction seen in GC.

Yet, it is believable that Kyle would want to help his mom and that Summer would support that effort.

It is not plausible to believe that Summer would agree to let her mother work for Marchetti. She knows that Stafford’s character wants to get Diane. Kyle is fully aware of the revived rivalry as well.

So, the audience is being asked to believe that Summer and Kyle would risk their burgeoning business interests by placing their mothers in the ring? Yes, soap can be a stretch.

Yet, all four actors are so good that fans can assume they will make this implausible scenario work.