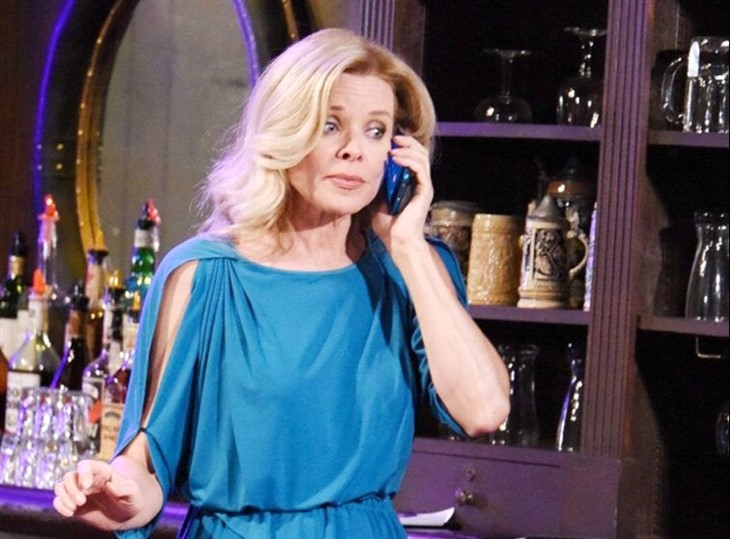 General Hospital spoilers reveal that Esme Prince’s (Avery Kristen Pohl) disappearance could be investigated by Felicia Scorpio (Kristina Wagner). It is being set up as Felicia being Esme’s biological mother. So, if Felicia discovers this, she could go on a frantic search for her daughter as well as answers. Let’s discuss how this storyline could play out in the next few weeks.

GH spoilers reveal that Sam McCall (Kelly Monaco) is tasked with finding out the identity of Esme’s birth parents. It is teased that Felicia will help Sam lighten her workload. As the two start to work together on the case, a lot of dots will start to connect. For one thing, it can’t be any coincidence that Felicia is the one to help Sam with this specific case.

When Esme grilled Ryan Chamberlain (Jon Lindstrom) about her birth mother, he played it off as if the woman were a mystery. Ryan claimed to love Esme’s mother deeply and how amazing a woman she was. At the same time, Ryan said he had no clue what her name was and he couldn’t track her down.

Fans know that Ryan isn’t capable of love. However, the one woman he was obsessed with in the past just happened to be Felicia. So, could Ryan have been talking about Felicia being this woman?

It’s clear that Ryan has no interest in helping Esme find her real birth mother. By the end of this story, Esme could learn that Ryan isn’t actually her real father. Ryan was just using Esme as a pawn.

General Hospital spoilers reveal that Felicia recently went through a baby fever phase. This could have been the first clue that Felicia would end up with a child. Instead of it being a baby, it could be a grown woman… such as Esme!

At some point, Felicia will discover that she is Esme’s biological mother. After all, such a big deal was made out of Felicia having no connection to Sam’s case. So, that indicates Felicia will turn out to be very much connected.

When Felicia finds out that she could be Esme’s biological mother, then she could go on a frantic search for the missing Port Charles resident. This will have Felicia start off the last place Esme was known to be.. at Wyndemere.

Even though Esme is presumed dead, Pohl signed a three-year contract. So, expect Esme to have survived that fall somehow. It seems that Esme’s story is far from over and there are expected to be a lot of twists in the next few weeks.

What do you think is going to happen with Sam, Felicia and Esme? Share your thoughts and remember to keep watching the ABC soap to see what happens next.