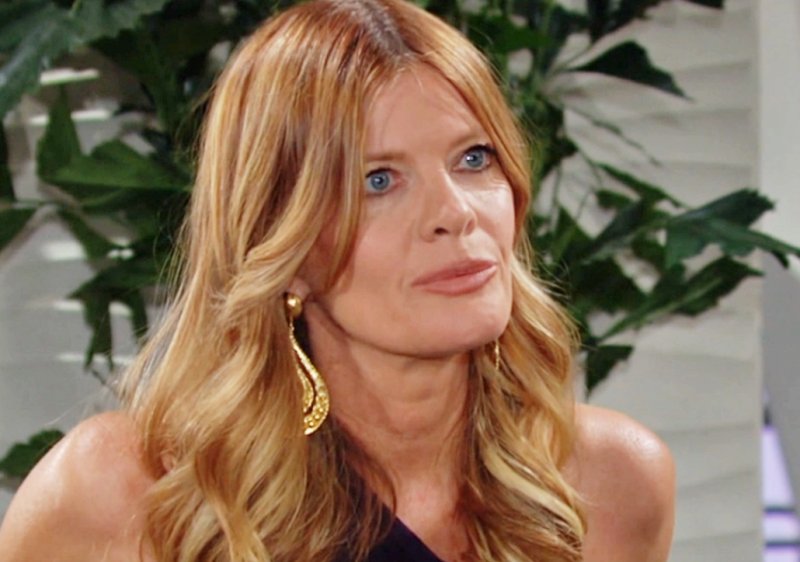 The Young and the Restless (Y&R) spoilers for Tuesday, July 12, 2022, reveal Phyllis coming up with another idea to ruin Diane’s life.

The Young and the Restless Spoilers: You Can Never Keep A Good Phyllis Down

So what if Jack Abbott (Peter Bergman) has kicked her out of his life again as he refuses to listen to any reason at all? Phyllis Summers (Michelle Stafford) is not going to let that get her down. In fact, she has every damn intention of showing Jack that she has been right about Diane Jenkins (Susan Walters) all along and that he is falling for her schemes and charms once again.

But this involves a clever plan and Phyllis is convinced she has one that is foolproof. There is no way she is ever going to let this woman get the best of her. After all, she thought she was dead and buried and would never have to deal with her again. Since she is back, Phyllis feels she has to win.

Nikki Has Some Good Advice

Since Nikki Newman (Melody Thomas Scott) was the one accused of killing Diane, to begin with, she knows a lot more about this woman than her granddaughter, Summer Newman Abbott (Allison Lanier) does and wants to make sure Summer doesn’t fall for Diane’s charms. Well, she might be too late as Summer and Kyle Abbott (Michael Mealor) are enamored by her.

Nikki gives Summer some good advice to watch her back around this woman, but will Summer even listen to her?

Nick Newman (Joshua Morrow) has finally made a big decision about what to do with the rest of his life after spending months as a poor lost soul with no real career, no romance, and no actual storyline except for hanging out at Crimson Lights with Sharon Collins (Sharon Case). We want him and Sharon back together, but we guess she has to mourn Rey Rosales (Jordi Vilasuso) first.

Since Nick has to wait for Sharon, in the meantime he has an announcement to make. He has accepted Victoria Newman’s (Amelia Heinle) job offer and is now the COO of Newman Enterprises. Welcome back to the fold, Nick. We’re sure that Adam Newman (Mark Grossman) will be thrilled. Stay tuned to The Young and the Restless weekdays to see how these stories play out.

GH Spoilers: Desperate Esme Does the Unthinkable to Save Herself?