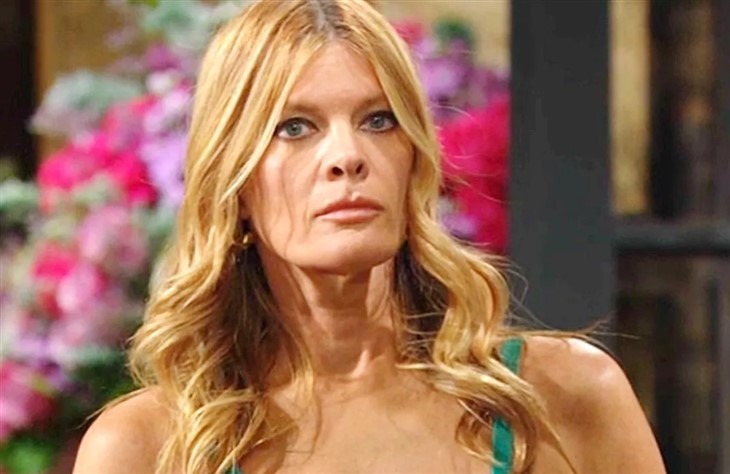 The Young and the Restless spoilers document that Phyllis Summers (Michelle Stafford) is trying to counter her revived rival. Diane Jenkins (Susan Walters) really gets under Phyllis’ skin. That makes sense because she is winning the fight against Stafford’s character on points to date.

Jack Abbott (Peter Bergman) continues to tell Phyllis that he loves her. But Jack also has no plans of getting back together as long as he sees her continuing to hold a grudge against Diane.

Phyllis was married to Jack twice. She hurt him badly, which is why they also divorced twice, although some Y&R fans could argue in Phyllis’ favor to a certain degree.

Diane was never married to Jack. But she is the mother of his younger son, Kyle Abbott (Michael Mealor). Kyle learned last year that he had a son through Tara Locke (Elizabeth Leiner).

Harrison Locke’s (Kellen Enriquez) existence gives Diane another blood tie that binds her more deeply to the Abbott’s. While Phyllis likes her son-in-law and his son, she knows that their presence in Jack’s heart is leverage for Diane.

Teaming with Nikki Newman (Melody Thomas Scott) and Ashley Abbott (Eileen Davidson) is smart. Phyllis openly admits that she can not think clearly when Diane is around.

Nikki was accused of murdering Diane during what proved to be a faked-death scenario. Ashley’s beef is Abbott family based, but also includes a grudge involving Diane’s involvement with a significant other on The Young and the Restless.

One can not assume that numbers will allow Phyllis, Nikki, and Ashley to defeat or neutralize Diane. However, their alliance allows for strategic planning, and increases odds of success.

Diane has often been her own worst enemy. That point prevents Jack from fully trusting her, despite the moments of compassion he has been offering.

If Phyllis is able to approach this problem as Diane has approached her, progress might be possible. Instead of purposely plotting schemes, simply allow Diane to be Diane.

Phyllis believes that Diane has not changed. Jack bristles at Phyllis’ philosophy, citing her inability to break from past patterns.

Changing the trajectory of this game, which tilts in Diane’s favor, will involve discipline and a bit of soapy hope. Otherwise, Phyllis may realize her worst fear, Diane and Jack becoming a couple on Y&R.