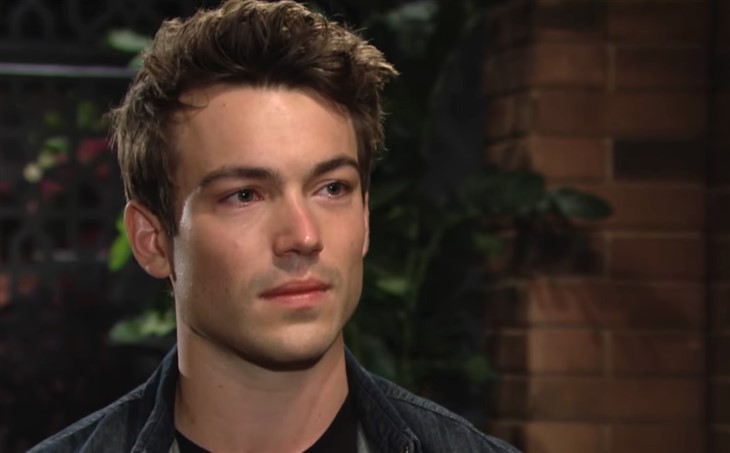 The Young and The Restless spoilers and updates tease in this week’s Soap Opera Digest that Noah Newman (Rory Gibson) is in for a big shock. On the opening night of his new club in The Grand Phoenix, who should show up but his ex-girlfriend who hurt him so badly in London; Audra Charles (Zuleyka Silver).

The Young And The Restless Spoilers – Moving On Was So Hard

Audra hurt Noah so bad that he literally uprooted his life and successful graphics career in London to move back to Genoa City, and couldn’t even talk about it. Even his mother, Sharon Rosales (Sharon Case) couldn’t get him to open up to her, and he barely gave hints to Tessa Porter (Cait Fairbanks). Knowing Noah so well, Tessa knew that he had been devastated by someone to make a move like that and keep tight-lipped about it.

Y & R Spoilers – Bad Timing Isn’t The Worst Of It

Bad timing isn’t the worst of it for Noah, although bad timing it certainly is for Audra to make reappearance. He has become very involved with his new girlfriend Allie Nguyen (Kelsey Wang) and she can tell this newly arrived guest is shaking him up bad. Noah has finally felt like he was recovering from his devastating experience with Audra and gaining some stability in his life, and here she shows up at his new club! He is having a terrible time handling it and barely has time to recover from seeing her when Allie walks up asking questions so he has to introduce them. He doesn’t tell Allie that Audra is the woman who hurt him so badly in London, he figures it’s not the right time, and Audra, she can draw her own conclusions.

The Young And The Restless Spoilers – Time To Get Real

Allie wasn’t born yesterday, and she’s very perceptive where body language and relationships are concerned, and she notices immediately when Audra looks at Noah, he’s rattled. Noah is trying to focus away from Audra and involve himself in being the host of the opening night of his club, but Allie wants to know why she upsets him. Noah, keeping super busy and stressed, snaps at her that he can’t talk about it right now but immediately regrets it.

Noah would just as soon keep sweeping his past relationship under the rug and ignore it and find peace again, but Allie’s not letting this go. Noah will remain very conflicted trying to keep his past from intersecting with his present and future while trying to protect Allie in the process.