Y&R Spoilers: Noah Just Settling for Allie, Find out Why 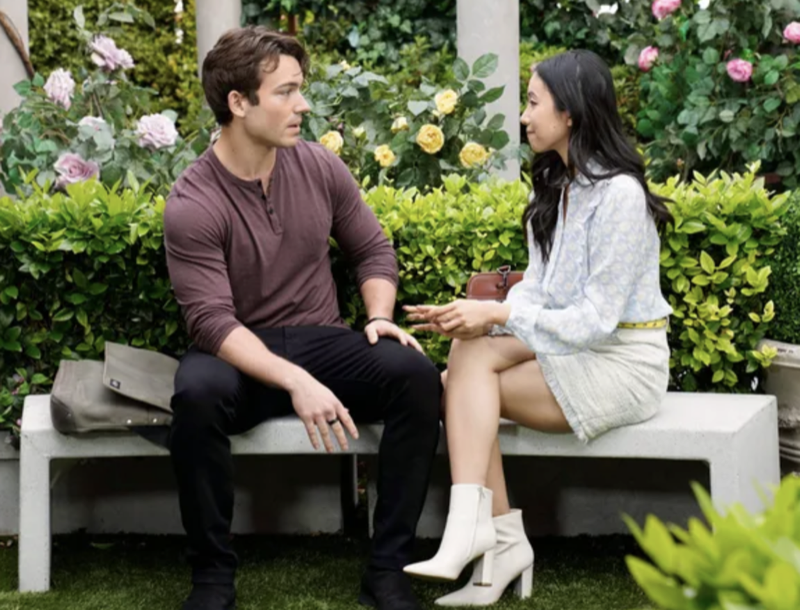 The Young & the Restless (Y&R) spoilers more than suggest that Noah Newman (Rory Gibson) has settled for his latest love interest.

After returning back to Genoa City & re-boosting his crush on Tessa Porter (Cait Fairbanks) & attempting to settle for her sister Crystal Porter (Morgan Obenreder), Noah settles for the newest Abbott in town, Allie Nguyen (Kelsey Wang).

Y&R’s Noah Newman, Open-Minded &/or Lazy When it Comes to the Ladies…

Come on, dude… Your ex-girlfriend is about to marry your sister.  Conveneiently, for Noah, Tessa has a hot sister. Her name is Crystal & she is hot.

Why wouldn’t Noah have a crush on Crystal? At least for a day…

A day… That’s all it took. Not even a full day.  Sparks flew at Tessa & Mariah’s wedding & then a beautiful lady Noah’s age walked in with hopes of staying in Genoa City longer than Crystal.

Tessa Porter’s Sister Crystal is MIA, Noah Gets Cozy with Allie on Y&R

Sparks flew with Noah & Crystal at Tessa & Mariah Copeland’s (Camryn Grimes) wedding. Noah & Crystal had the potential to be the next Adam Newman (Mark Grossman) & Sally Spectra (Courtney Hope) until Allie walked in.

Y&R Spoilers: Crystal Porter is MIA, But For How Long?

Crystal Porter came into town for Tessa & Mariah’s wedding & left Genoa City before even Noah Newman could glom on to her.  Sparks flew, but Noah is lazy. Now Allie is in town with no departure date in sight.

Noah & Allie are clearly getting cozy, but for how long? It wasn’t long ago Noah had feelings for his sister’s fiance. He was then open-minded & flirty with his sister’s wife’s sister. Now Noah is conveniently close with Allie.
We want to hear your feedback. Be sure to drop a note on our social media platforms. Come back often for The Young and the Restless spoilers, news, and updates.

EastEnders Spoilers: What To Expect After Ben’s Shocking Confession To The Panesars