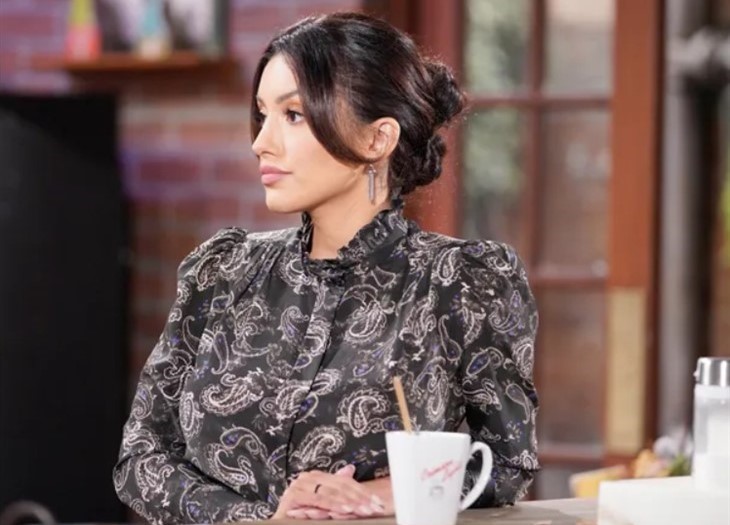 The Young and the Restless (Y&R) spoilers tease that Noah Newman (Rory Gibson) was sulking after his latest return to Genoa City, Wisconsin, due to a mystery lady. That has all changed with a new romance with Allie Nguyen (Kelsey Wang). There was another hiccup for a hot minute when Noah looked to be dead set on winning back his ex Tessa Porter (Cait Fairbank) before she married his sister (Camryn Grimes).

All in all Noah is back on track, with an exciting hot spot to run as well as a romance to explore. Which means the inevitable soapy complication is about to descend on him and mix things up!

Her name is Audra Charles (Zuleyka Silver), Noah’s flame from London and he will be shocked to see her in his hometown. Let the games begin!

The Young And The Restless spoilers – Noah Newman Is Stunned

According to The Young and the Restless spoilers, Noah spun a story about dating a fellow artist who dumped him for someone else. Either he lied or the writers have fudged the details, because Audra is now a hotshot executive—maybe a starving artist by night? Or it could be that Noah has many ex’s, let’s just roll with it and see how this unfolds.

Noah has complained about his ex so chances are he will not be pleased to see her in GC. He claimed to have been in love, which could be problematic for Allie, but he also said that the sitch was toxic.

We can tell you that during the week of October 3-7, Noah’s past comes back to haunt him! Is Audra really such a nightmare or is Noah exaggerating? And, will one or both former lovers want to rekindle an old flame?

Noah is a sensitive artiste type, so just the sight of this woman will be enough to cause him angst and elicit more mopey groaning as he did when he first arrived.

Will Noah tell Allie the truth about Audra? Allie seems naïve to put it best, so having Noah’s ex in her face could leave Allie insecure.

Spoilers tease that Noah and Audra’s reunion will be fraught and could get hot, so stay tuned Y&R fans!
Be sure to catch up on everything happening with Y&R right now. Come back here often for The Young and the Restless spoilers, news, and updates.