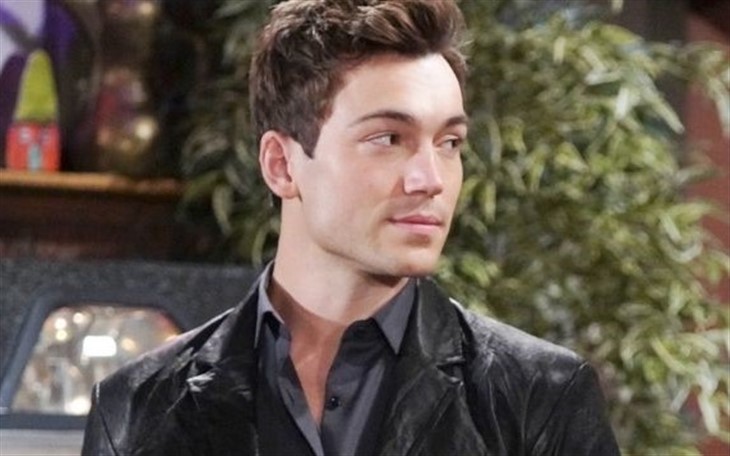 The Young and the Restless spoilers reveal Noah’s life getting a lot more complicated very fast.

Noah Newman (Rory Gibson) is finally on top of the world on The Young and the Restless. After brooding around town pinking after his sister’s girlfriend (now wife), Tessa Porter (Cait Fairbanks(, for months on end, he finally found the right girl in Allie Nguyen (Kelsey Wang). His career is even going in the right direction too, as Noah created a whole weird 70s nightclub that Genoa City so desperately needed (not really).

At the opening night of his club, things start going wrong almost immediately when he notices a young woman there who seems awfully familiar. That woman is his ex from his few years living in Europe, Audra (Zuleya Silver). Audra can’t wait to approach Noah and make her presence known — especially around Allie.

Clearly, this was a bad break up and Noah doesn’t want to have to deal with Audra, so he just introduces her to Allie as an old friend.

“He doesn’t let Allie know that Audra is the ex he’s talked about,” Rory Gibson said in the October 10, 2022, issue of Soap Opera Digest. “He wants to be upfront with Allie but he decides on the spot that now isn’t the right time. This is the opening night of his club and that should be the focus.”

However, Allie is not buying what Nah is selling and wants to know more. “She tells him she can tell that Audra is more than just an acquaintance, so Allie wants to know just who she is.”

In fact, Allie is pretty insistent and that doesn’t sit well with a stressed-out Noah, who ends up snapping at his girlfriend and then knowing he did wrong as soon as he does it. This could end up ruining his relationship with Allie if he doesn’t get his head on straight soon, but Noah just wasn’t expecting that Audra would just show up in Genoa City like this. How will Allie react when she finally learns the truth and that Noah lied to her at first? Stay tuned to The Young and the Restless weekdays to find out.