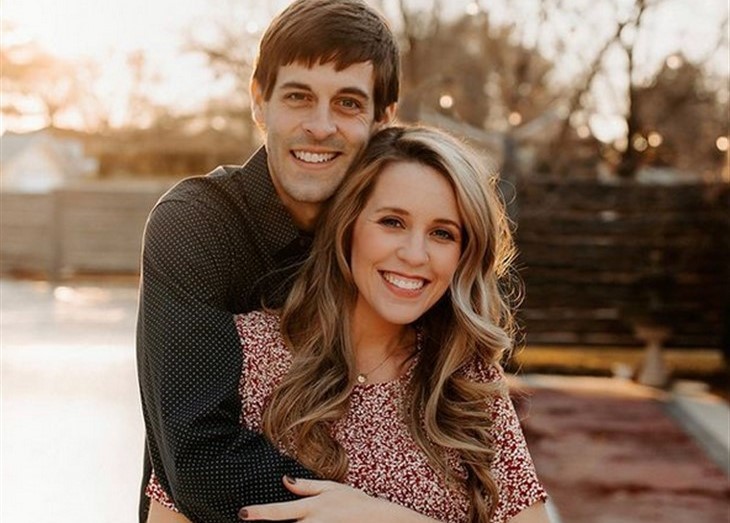 Counting On spoilers revealed that Derick and Jill Dillard moved so he could work in Stilwell in Oklahoma. For a while, TLC fans were not sure why. However, word soon arrived that he passed his bar exam and took a job there. Now, Derick and his wife, and all the kids celebrated a new career milestone. So, what is happening with the family right now? Read on to find out.

In May this year, fans thought that they finally spotted details that pointed to the family moving to Stilwell, Oklahoma. As it’s a border town that straddles the line of West Siloam Springs between Arkansas and Oklahoma, nobody was sure which side of the border they lived in. However, they do know that Derick’s job is in Stilwell in Oklahoma. Since they moved there, the family has been settling in and getting to enjoy their new surroundings.

The Counting On alums have a new son, Freddy, and Jill had some problems after his birth as she went for gallbladder surgery. However, she gave fans a glimpse of the interior of their home. But, she did admit that it’s been an exhausting time. In the meantime, Derick has been working at the courthouse and some folks wondered his he’d been sworn in as an attorney in Oklahoma or not. Well, now the family celebrated his official swearing-in.

Some skeptics didn’t believe that Derick Dillard passed his bar exam in Arkansas, but he actually did. And, according to a new post by Jill, he did more than that. On Monday this week, she posted up photos of an official ceremony. In her caption, she said, “⚖️It’s finally official!! 🙋🏻‍♂️” The photo she posted showed Derick looking proud as punch as he stood there getting officially sworn in.

The Counting On star also directed people to the Dillard Family Blog. There, more photos revealed that the whole family went along. It also confirmed that “Derick is a licensed attorney in both Arkansas and Oklahoma.” Furthermore, he became a “licensed attorney in Arkansas earlier this year” and “immediately started the process to transfer his score and get licensed for his new job in Oklahoma.”

Counting On fans now know that Derick Dillard is “a prosecutor in Stilwell, Oklahoma.” On Instagram, Jessa Seewald congratulated her brother-in -law, saying, “Congratulations! You’ve worked hard for this!”

As you can imagine, plenty of TLC fans also sent in their congratulations. However, some of them still hope that one day, Jill also gets an opportunity to go back to school and hit yet another career milestone.

Be sure to catch up on everything happening with the former TLC cast right now. Come back here often for more news and updates about Counting On.