Y&R Spoilers: Nikki’s Back, Diane Gets A Stunner 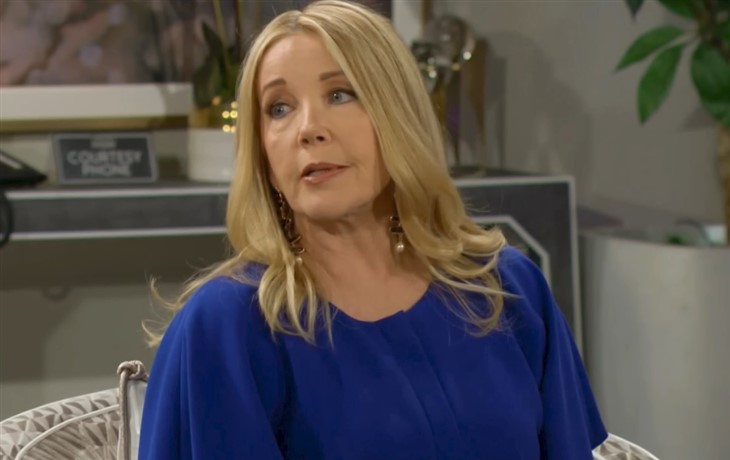 The Young and the Restless (Y&R) spoilers for Friday, September 30, 2022, reveal Nikki returning to genoa City thinking she has what she needs to at least start bringing down Diane.

The Young And The Restless Spoilers – A Fruitful Trip To LA?

Nikki Newman (Melody Thomas Scott) makes her way back to Genoa City after spending some time with Deacon Sharpe (Sean Kanan) in Los Angeles and even stopping by Forrester Creations to get Summer Newman Abbott (Allison Lanier) yet another wedding dress.

And Nikki has good news! Deacon is willing to work with her and get her information about Diane Jenkins (Susan Walters). No, she didn’t live a squeaky clean life while trying to get herself together during the 10 years she faked being dead and Nikki is going to be able to prove that to Jack Abbott (Peter Bergman).

That was the whole plan, or at least it has been in Phyllis Summers’ (Michelle Stafford)mind. Wake up Jack to who this woman is. Too bad Nikki and Phyllis do not know that Diane has now planted a kiss on Jack and he seems to have liked it.

With Nikki back, The Great Victor Newman (Eric Braeden) is very happy so he makes a power move. Does this have anything to do with what Victoria Newman (Amelia Heinle) is up to with Nate Hastings (Sean Dominic)?

While Diane revels in the fact that she kissed Jack and he didn’t throw her right out of the mansion, she is not happy when she returns to her hotel room to find a man from her past standing there and reminding her that she owes him quite a few favors.

Rumor has it that this man is Tucker McCall (Trevor St. John), Katherine Chancellor’s (Jeanne Cooper) long-lost son, and Devon Hamilton’s (Bryton James) biological dad. He is a lot younger than he was the last time around, but soap operas and aging are just magical, even if one is de-aging.

What secrets does Tucker hold regarding Diane and how will she manage to keep those secrets hidden? We can also assume it was Tucker who made sure to kill any of those future Diane Jenkins exposes. Stay tuned to The Young and the Restless weekdays to see how these stories play out.