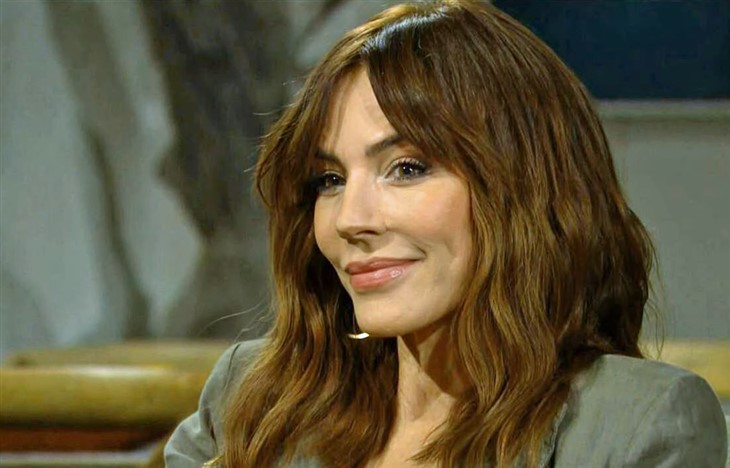 The Bold and the Beautiful (B&B) spoilers for Friday, September 30, 2022, reveal Taylor needing to clear her head and Steffy having the perfect idea.

The Bold And The Beautiful Spoilers – Where Will Taylor Hayes Go Next?

Taylor Hayes (Krista Allen) has been flitting in and out of Los Angeles for years and maybe that’s why she can never seem to win Ridge Forrester (Thorsten Kaye) back. This time around she has stayed for a while and she really doesn’t want to leave again, but it’s Steffy Forrester (Jacqueline MacInnes Wood) who thinks this is a good idea.

To that end, Steffy arranges for Taylor to take a nice trip to Aspen, Colorado, where the whole clan has been before. Another location shoot? It can’t be. Are soaps becomig normal again and getting out of the studio to anywhere aside from the back of the studio parking lot?

Meanwhile, Ridge is still reeling after that visit from CPS. While Brooke Logan Forrester (Katherine Kelly Lang) has denied being the one to report Thomas Forrester (Matthew Atkinson) as dangerous, he is not sure what to think. He was ready to give her the benefit of the doubt when Thomas grew angry at him for taking Brooke’s side and pointed out some things to raise Ridge’s suspicions again.

Now, Ridge is not quite sure what to do. Does he side with his son or his wife? There is a lot of reason to believe that Brooke would have done this because she has been going on and on about how Thomas is a danger to Douglas Forrester (Django Ferri) due to his apple slicing method of using a knife, but would she really make such a move?

Ridge just has to know, so to that end, he calls in a favor to see if he can get to the truth and know which woman in his life gets him this week. Stay tuned to The Bold and the Beautiful weekdays to see how these stories play out.

Y&R Spoilers: Nikki’s Back, Diane Gets A Stunner