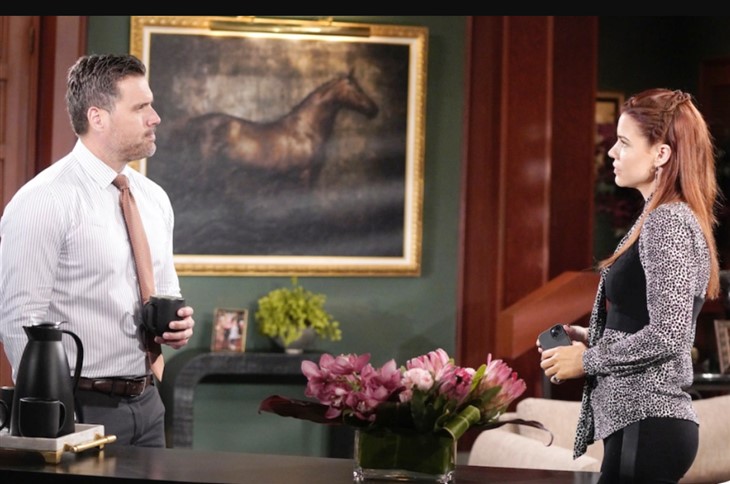 The Young and the Restless (Y&R) spoilers for Tuesday, December 6, 2022, reveal Nick and Sally coming to terms with what is really going on with their relationship.

The Young and the Restless Spoilers – Newman Brother Jealousy

Nick Newman (Joshua Morrow) really did believe he could pursue something with Sally Spectra (Courtney Hope) without Adam Newman (Mark Grossman) in the way. Sure, he likes getting in the way but Sally promised Nick she was over Adam and it was him she wanted and only him.

Imagine Nick’s surprise when he approached Sally’s Grand Phoenix room and discovered A happy-go-lucky Adam walking out. When he knocks on the door, Nick gets more of a surprise when he sees Sally in a robe with messy hair, so he demands to know what was going on. Sally is forced to admit that she just slept with Adam.

Of course, Nick already knew this but he goes further and Sally tells him that yes, her feelings for Adam are unresolved and she can’t get him out of her mind, but that doesn’t mean that she wants to be with Nick.

However, Nick has to decide if he wants to be with her because he definitely does not want to play second fiddle to his brother.

Lily Winters (Christel Khalil) still can’t stand the fact that her boyfriend is there for Chelsea Lawson (Melissa Claire Egan) first and foremost these days. As a matter of fact, he seems to put her needs above Lily’s. It seems the only way that Lily can get a handle on what is really going on is by befriending Chelsea herself and offering to be there for her.

While that does not seem genuine, she can’t stand the idea of watching Billy Abbott (Jason Thompson) and Chelsea grow closer by the day.

At least she has Daniel Romalotti (Michael Graziadei) to talk to and that might lead somewhere that Billy doesn’t like at all. Daniel is also holding onto a secret.

Will he confide in Lily or keep this secret for a while as fans try to guess what it is? That last option seems more soap-like to us. Stay tuned to The Young and the Restless weekdays to see how these stories play out.