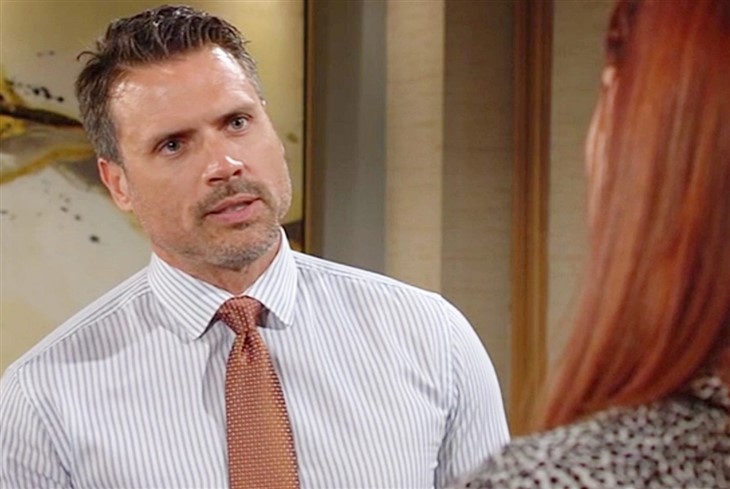 The Young and the Restless (Y&R) spoilers document that Nick Newman (Joshua Morrow) met with Sally Spectra (Courtney Hope) in her office at Newman Media. Adam Newman (Mark Grossman) is no longer around, as he bailed on the family business. But Sally stuck around, and Nick is increasingly impressed.

Nick told Victor that there is a lot more to Sally than he previously believed, or his father is giving her credit for. The latest compliment came after Sally told Nick what she learned about the fight he had with Ashland Locke (Robert Newman).

The Young And The Restless Spoilers – Revival With Sharon Rosales Does Not Happen?

Fans of Nick and Sharon Rosales (Sharon Case) have been waiting for years for this one-time mega couple to remarry. Two attempts to do so ended badly. Supporters have long been forced to wonder why multiple Y&R regimes have refused to greenlight this comeback.

Sharon is the mother of two of Nick’s children. She has been involved with Nick to what seemed like an increasing degree within the last year.

Rey Rosales’ (Jordi Vilasuso) untimely, sad death, which occurred when he, Ashland, and Victoria Newman (Amelia Heinle) were involved in a car accident, appeared to clear the decks. But Sharon’s single status, which matches Nick’s, might not be enough to fuel this hoped-for comeback once again.

Nick and Adam have been linked to various ladies in the past. Sharon, Chelsea Lawson (Melissa Claire Egan), and Sage Newman (Kelly Sullivan) are important connections in both men’s lives.

Sally would become the latest woman to be romantically involved with one Newman brother and then switch to another. Her inclusion with the three previous ladies underscores the limited number of people who are part of Genoa City, Wisconsin’s known population.

The Young And The Restless Spoilers – Sally Spectra Driven To Succeed

Sally has come a long way in GC since being forced to leave Los Angeles, California. However, her personal life remains as messy as it was when Wyatt Spencer (Darin Brooks) told her to leave him and Flo Fulton (Katrina Bowden) alone.

Adam may not be in the same category as Jack Abbott (Peter Bergman). But Adam is part of Sally’s romantic past as of right now.

Nick is not someone Sally has fallen in love with. But their alliance could become more because this is Y&R.