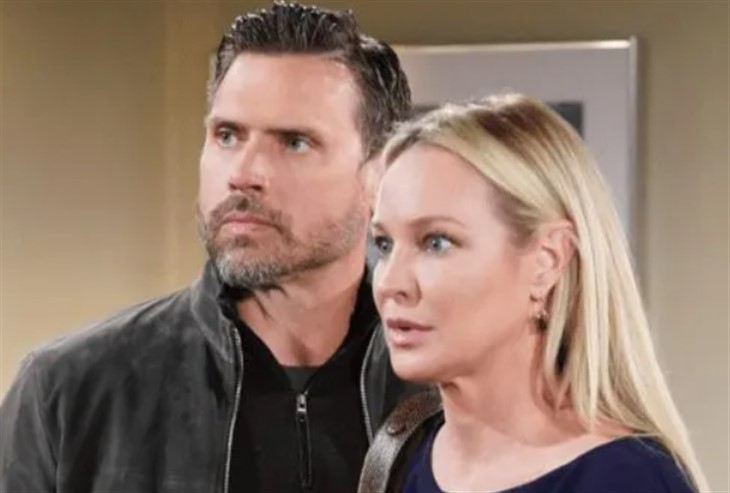 The Young and the Restless spoilers for the week of May 9 reveal that Nick Newman (Joshua Morrow) and Sharon Rosales (Sharon Case) see a ghost. This could be the resurrection of Diane Jenkins (Susan Walters). However, it is more likely that Cassie Newman (Camryn Grimes) could appear to Nick and Sharon, providing comfort and reassurance.

The Young And The Restless Spoilers – Sharon Rosales’ Grief

Y&R spoilers reveal that Sharon experienced déjà vu when Rey Rosales (formerly played by Jordi Vilasuso) got into his car accident. By the time Nick came to tell Sharon about Rey’s death, she already knew. Sharon could feel it in her heart.

At first, Sharon wanted someone to blame. However, Chance Chancellor (Conner Floyd) announced that Rey’s cause of death was actually a massive heart attack. Now Sharon is having to cope with the different stages of grief and figuring out how to go on without Rey.

Sharon has agreed to Rey’s mother’s request to have the body sent to Miami. Sharon wants a special service before the body is sent to Rey’s family, though. Sharon wants to really capture Rey’s spirit during the service. Of course, Sharon’s loved ones are right there to help her every step of the way.

After the memorial service, Mariah Copeland (Camryn Grimes) and Tessa Porter (Cait Fairbanks) will continue planning their wedding. “Teriah” offered to put the wedding off, but Sharon said that Rey would want them to get married.

The Young And The Restless Spoilers – Seeing A Ghost

The Young and the Restless spoilers for the week of May 9 reveal that Nick and Sharon will see a ghost. Now, this could be figurative, as in seeing Diane. Not everyone in Genoa City knows that Diane is alive and well. However, it is more likely that this “ghost” is in the literal sense. So, could this ghost be Rey or perhaps even Cassie?

The Young and the Restless Spoilers: Cassie Newman’s Comfort

The timing of Mariah and Tessa’s wedding is interesting. It’s on Friday, May 13. It’s not on the anniversary of Cassie’s death, but it comes close. Cassie died in late May. Plus, Cassie has been mentioned, so maybe those are clues that she will be the ghostly apparition that appears to Nick and Sharon. Cassie could appear to provide comfort and assurance.

Who do you think is the ghost that visits Nick and Sharon? Could it be Diane, Rey, or Cassie? Will the appearance provide some much-needed comfort and assurance? Share your thoughts about this storyline. Remember to keep watching the CBS soap to see what happens next.

Days Of Our Lives Spoilers: Lani Kills Her Birth Father!