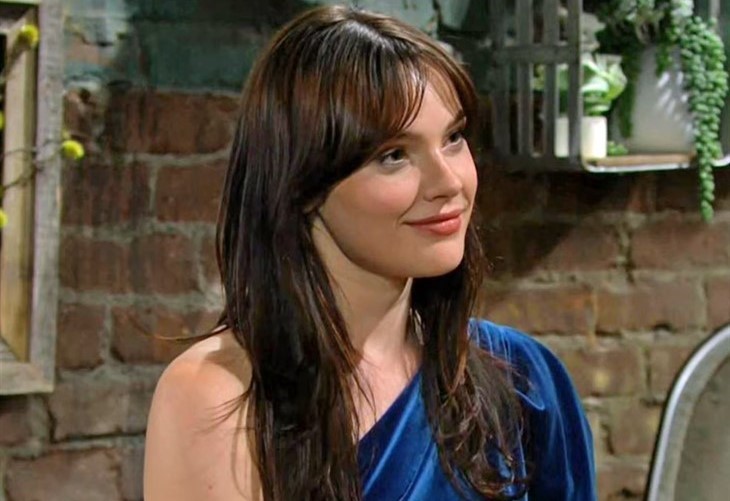 The Young and the Restless spoilers document that Crystal Porter (Morgan Obenreder) was last seen five years ago. Tessa Porter (Cait Fairbanks) announced her sister’s return for the wedding, which may spark romantic potential for another character in Genoa City, Wisconsin.

Noah Newman (Rory Gibson), who was once in love with Tessa, is still trying to move on. It would be helpful if another woman came into his life. Some buzz indicates that lady might be Allie Nguyen (Kelsey Wang).

Whether Allie proves to be Noah’s next love interest or not, why not also write Crystal into the picture?

The Young And The Restless Spoilers – Major Memory Refresher Is Needed

Tessa offered a brief overview of her sister’s positive legal developments at Crimson Lights. She followed that when having another conversation with Sharon Rosales (Sharon Case) when coming to the Cottage with Noah and Mariah Copeland (Camryn Grimes).

Viewers heard that one of Rey’s last acts of kindness was to speak to Michael Baldwin (Christian Le Blanc), who talked to the District Attorney. The result is that legal charges against Crystal were dropped, which allows her to travel from Canada into the United States.

The referenced charges involved Crystal’s forced association with an underground human trafficking ring that Zack Stinnett (Ryan Ashton) set Scott Grainger (Daniel Hall), who is Lauren Fenmore Baldwin’s (Tracey Bregman) son, up for murder. Scott eventually got off and was last seen in 2018.

Sharon is grieving the loss of her husband. While things did not end well with Scott approximately six years ago, it would be great to see Hall reprise his role and potentially seek a reconciliation with his former fiance, Sharon.

Nick Newman (Joshua Morrow) is in line to re-pair with Sharon. TPTB have made attempts in the past to reunite this famous couple but never wrote Sharon and Nick through to remarriage. If that is still not in the soapy cards, why not have her give Scott a second chance?

The Young And The Restless Spoilers – Back To Noah Newman

Noah lost Tessa a while ago. He has not spoken a lot about the European woman who broke his heart. The reason for his angst remains on his face during almost any scene in which Gibson appears.

Having Noah meet two impressive ladies, in Allie and Crystal, would be better than having him get to know one. Speculation has always been a part of daytime’s allure, with conjecture about past, current, and returning characters helping to fuel interest in spring and summer stories.